Overturning a Parliament decision after lapse of time becomes difficult: Arvind Datar on rollback of abrogation of Article 370 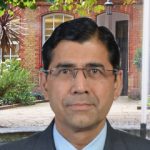 Overturning a Parliament’s decision, which has been implemented by the executive, becomes difficult with the  passage of time, said Senior Advocate Arvind Datar.

Speaking as a panelist at the launch of a digital book ‘Hamīñ Ast? A Biography of Article 370’, by Navi Books, an open access digital book publishing platform of Vidhi Centre for Legal Policy on Friday, the legal luminary said that even if the Supreme Court took the decision to roll back the abrogation of Article 370, it would be more of an academic and theoretical exercise and difficult from a practical standpoint.
The Central government, on August 5, 2019, had scrapped Article 370, which gave special status to the erstwhile State of Jammu and Kashmir.
The state was bifurcated into two Union Territories – the UT of Jammu & Kashmir and the UT of Ladakh.
A number of petitions challenging the manner in which the Article was scrapped, were filed in the Supreme Court, which are yet to be heard.
During the discussion on Friday, co-panelist, Dr. Mridu Rai, professor at Presidency University of Kolkata, mentioned the matter, pondering over whether the Apex Court would try to ‘turn back the clock’ by setting aside the abrogation.
Virtual participants, including retired Supreme Court judge Justice BN Srikrishna, then raised questions related to the subject.

Justice Srikrishna asked whether the doctrine of ‘inability to turn the clock’ run against the rule of law.

Datar replied that a lot depended on how much time had elapsed from the filing of the petition to its ultimate disposal.