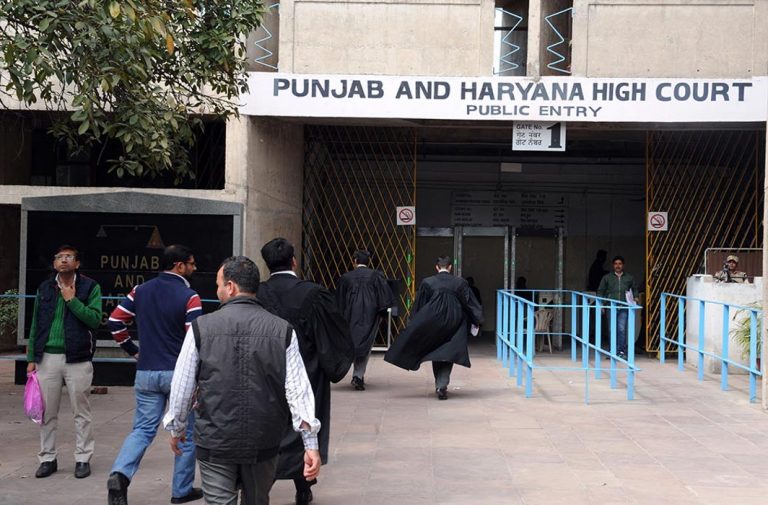 The Bar Council of Punjab and Haryana and the Punjab and Haryana High Court Bar Association are in receipt of correspondence from the office of the Chief Secretary to Haryana Government which states that the CM of Haryana, Manohar Lal Khattar has ordered the constitution of a committee to “report about legality, viability and workability of Haryana Administrative Tribunal.” A formal order to this effect is expected soon.

The strike began on 26th July following the Central Government notification dated 24th July 2019 constituting the Haryana Administrative Tribunal for the service matters pertaining to the State Government employees and has severely paralyzed the functions of the court.

The High Court on 9th August had ordered the bar members not to stop litigants from entering the court premises.

Despite that, the court has continued to face resistance. Interestingly, High Court has on 13th August, imposed Rs. 50,000 fine on HCBA in the matter of Monu Rajput v State of Haryana for preventing a litigant to enter the High Court despite having valid pass and hence causing obstruction of justice.

Court said, “Licence to practice as a Lawyer is an effective weapon meant for use on behalf of an aggrieved litigant or to bring reforms in the society, through Courts of law… it is never expected that an Advocate can be insensitive to the rights of the litigants”

Court also observed, “At times, lawyers as a collective may have a grievance which seldom leads to strike by them and it not only brings the Court working to a standstill, but also puts the interest of the helpless litigants at lurch.”