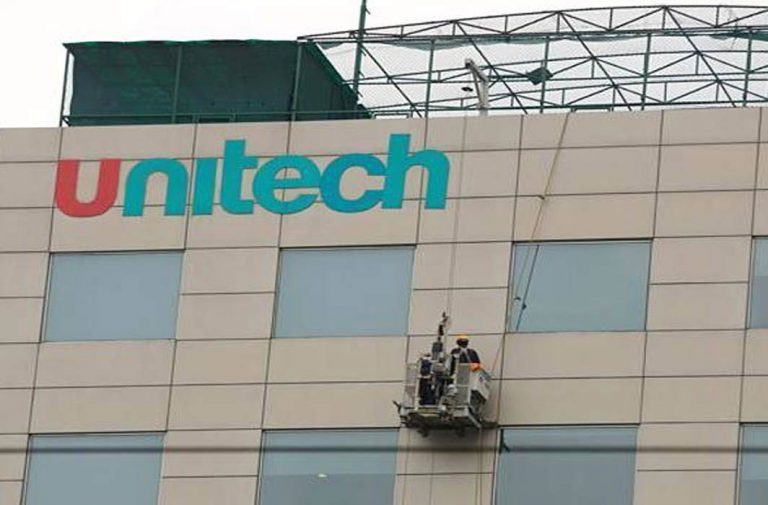 The National Consumer Disputes Redressal Commission (NCDRC) bench, headed by Justice D  K Jain on Monday (December 11) directed real estate major Unitech to hand over a draft of Rs 50 lakh by the end of the day to aggrieved home buyer Lt Col Anil Raj, failing which it will issue a non-bailable warrant against the company’s managing director Ajay Chandra.

This will be dealt with at the next day of hearing, which is December 18.

The matter is an execution application filed for the proper execution of the judgment. This original complaint under Section 21 (a) of the Consumer Protection Act, 1986 is by a senior retired army personnel and his wife, against real estate developer Unitech Limited and its MD.

Wanting to have a bigger accommodation for their family – two sons and parents – they were allured by the features of a project launched by Unitech called ‘Aspen Greens’ at SAS Nagar, Mohali. That was on December 8, 2011. They applied for allotment of a residential plot in the said project. Unitech offered them Plot No. 0014 in what was called the Mega Township to be known as Uniworld City, in Sector 106, Mohali, Punjab. The plot, measuring 1102.09 sq m was to cost Rs 3,33,60,660, which included the basic price, external development charges, preferential location charges, development of internal service, laying of roads, laying of sewer etc. The plot was to the liking of the buyers and accordingly, on December 9, 2011, an Agreement to Sell (Buyer’s Agreement), was entered into between the parties. As per Clause 2(c) of the agreement the buyers were obliged to strictly adhere to the payment plan of the agreement and in the event of any delay in payment of any installment and other charges, they were liable to pay interest at the rate of 18 percent per annum, compounded quarterly, till the date of payment, with a further stipulation that any amount so received shall first be adjusted towards the interest.

It was held that by the bench that it is a case of gross “deficiency” on the part of Unitech in not delivering possession of the plot by the committed date, subjecting the complainants (the buyers) to extreme monetary loss and mental harassment.

The bench observed that since the agreement stipulates that in the event of delay on the part of the buyer in making payment of any installment, the developer shall charge yearly interest at 18 percent, compounded quarterly, so logically, in the event of default on its own part, the developer should not shy away from paying interest at the same rate. Therefore, bearing in mind the amount of monetary loss and harassment suffered by the complainants, “in our opinion, it would be just and fair if Unitech is directed to pay to the complainants simple interest at the rate of 18 percent from the date of each deposit, till its realization.”

The bench added: “We are also of the view that Unitech, having disregarded our interim order dated September 16, 2015, directing it to refund to the complainants, the amount deposited by them along with interest at the rate of 10 percent, which it was willing to pay, within six weeks of the said order, with impunity, for which non-compliance, no explanation is forthcoming, it is a fit case where, while sparing it from a stringent action of attachment of its assets, in terms of Section 25 of the Act, exemplary costs should be imposed on it.”

On Monday the counsel appearing for Unitech stated that because of the serious financial crunch being faced by the company a concrete proposal for settlement of the claim of the complainants could not be submitted. He asked for a little more time to pay to the complainants at least the balance principal amount, which, according to the statement supplied by the complainants works out to Rs 61,00,000.

The counsel for the company, though, maintained that the balance principal amount due was in the range of Rs 50,00,000.

That was when the bench gave its order.