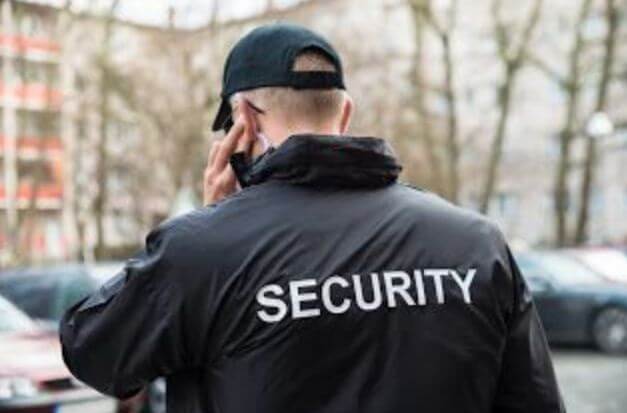 The Supreme Court in an order on Wednesday observed that the provisions of the Employees’ Provident Fund Act are applicable to private security agencies providing personnel to clients.

The Division Bench comprising Justice Navin Sinha and Justice Surya Kant passed this judgment while dismissing an appeal filed against the order of the High Court affirming the order dated 28.07.2008  of the Assistant Provident Fund  Commissioner, Kanpur under  Section  7A of the Employees’ Provident  Funds and  Miscellaneous  Provisions Act, 1952  holding the appellant liable for compliance with the provisions of the EPF Act and to deposit statutory dues within 15 days.

The appellant Panther Security Service Private Ltd. was engaged in providing security services to its clients since the year 2001.  A squad under the EPF  Act visited the appellant’s establishment on  29.12.2005 and seized certain records opining that the provisions of the EPF Act applied to the appellant. The Assistant Provident Fund Commissioner on 07.03.2006 on basis of the seized documents opined that the appellant had 79 employees as on 03.04.2001 allotting Code No. UP/39076,   requiring the appellant to deposit the necessary contributions. The appellant having objected to the same, proceedings were initiated under Section 7A of the EPF Act with due opportunity of defence to the appellant.

The remedy of an appeal before the Tribunal under Section 7­I was bypassed by the appellant instituting the writ petition directly.  The High Court declined interference with the conclusion of expert services being rendered by the appellant. A review petition contending that the appellant stood duly registered under the Act of 2005 was also rejected.

S. Sunil, counsel for the appellant submitted that the appellant was not covered by G.S.R. No.805 dated 17.05.1971 issued under Section 1(3)(B) of the EPF Act, since it was not engaged in rendering any   expert  services. It merely facilitated  in providing  Chowkidars to its clients  at the  request of the   latter. The appellant only levelled  a  service  charge forfacilitation. The salary  was paid to  the  Chowkidars by the client who engaged their services. The appellant had only  5 persons on its rolls.   The EPF Act  was therefore not applicable to it. Citing the Judgement of  Krantikari   Suraksha   Rakshak   Sanghatana   vs. Bharat  Sanchar  Nigam  Limited  and  others,  (2008) 10 SCC 166 and Saraswath  Films vs.  Regional Director, Employees’ State Insurance Corporation, Trichur, (2010) 11 SCC 553.

Divya   Roy, counsel for the respondents submitted that the appellant renders expert services by way of providing trained personnel as security guards. It is fully covered by the Notification dated 17.05.1971.  Despite repeated notices the appellant never furnished its wage and salary registers.  The balance sheets seized for the financial years 2003-¬04, 2004-¬05, 2005-¬06 and 2006¬07, during raid ,  reveals a  very large amount paid towards  salaries  and  wages  running  into several lacs which cannot   be   the   wage  bill  of  five employees. The letter dated 03.04.2001 written by the appellant to the New India Assurance Company  Limited seeking Group Janta Personnel Accident Insurance Policy of one  lac each was in  respect of 79 security personnel.

The Top Court, therefore, rejected the firm’s contention that it merely facilitated in providing Chowkidars, holding that the provisions of Private Security Agencies (Regulation) Act, 2005 make it clear that the firm is the employer of such security guards and are paid wages by it.

”The appellant never made available the statutory registers under the Act of 2005  to the authorities under the EPF Act.  In fact, we have no hesitation in holding that it actually withheld relevant papers. This coupled with the letter dated 03.04.2001 written by the appellant, the appellant’s balance sheet seized for the financial years   2003¬04,   2004¬05,   2005¬06   and   2006¬07 showing payment of wages running into lacs, necessarily and only leads to the irresistible conclusion that the appellant has more than 20 employees on its roles. The provisions of the Act therefore necessarily apply to it”, the court remarked.