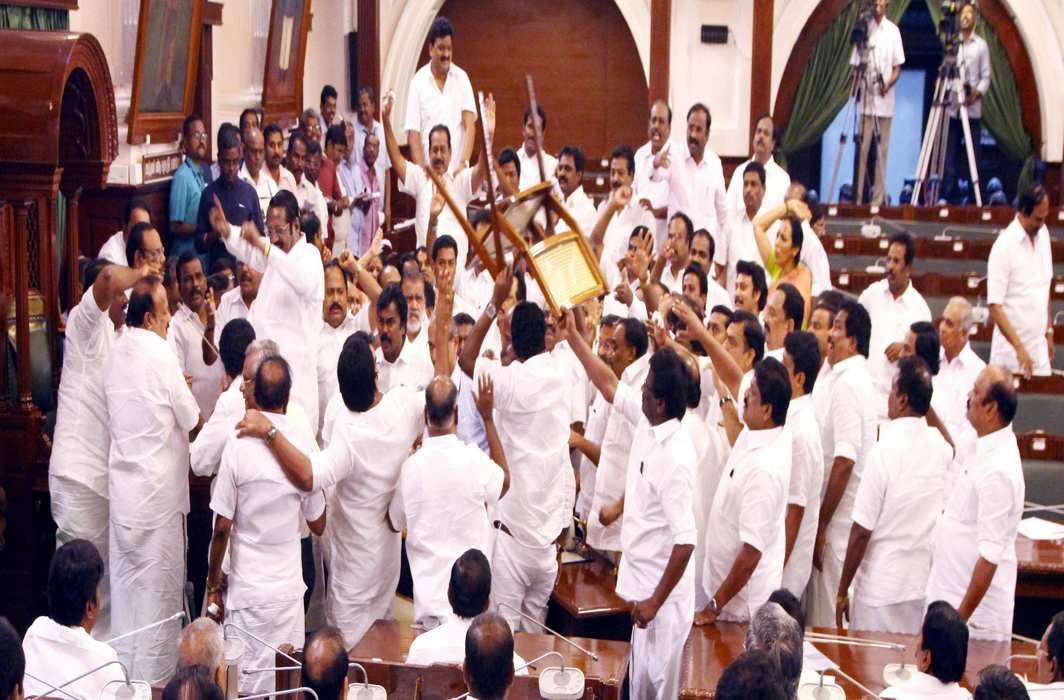 Ahead of the Madras High Court deciding on the fate of the disqualified AIADMK MLAS, the rebel party leader TTV Dinakaran has packed off 17 of the 18 legislators  who are his followers to a resort near the the famous Courtallam water falls. The HC is expected to announce the verdict anytime soo n.

The Madras High Court had on June 14 given a split verdict on petitions challenging the disqualification of the 18 legislators, in a breather for the state government. The Supreme Court then appointed Justice M Satyanarayana as the third judge to break the tie. He had reserved his verdict earlier.

The decision to shift the disqualified legislators comes just hours after Dinakaran met former Jayalalitha aide Sasikala at Bengaluru prison amid reports that the E Palanisami and O Panneerselvam government is trying to poach the MLAs loyal to Dinakaran. Whichever way the verdict ghoes is going to have impact not only in the state but also at the national level . If the disqualification is upheld, by-elections will be held on all the seats that would be vacant. That would be a stern test for the AIADMK government, whose  fortunes have been ona downslide since the demise of J Jayalalithaa in December 2016. However, if the Speaker’s decision to disqualify the MLAs is reversed, the government would plunge into a minority and it would have to face a floor test.

The 18 MLAs, who owe allegiance to Dinakaran, were disqualified from their membership after they submitted a letter to then Governor C H Vidyasagar Rao, expressing no confidence in CM Palaniswami.The MLAs are to return to Chennai from a party functionary’s resort in Courtallam, on Thursday.

The Madras High Court has reserved orders on their petitions challenging their disqualification by the Tamil Nadu Assembly Speaker P Dhanapal in September last year for alleged anti-party activities.

Tamil Nadu has been witnessing resort politics ever since the demise of former chief minister J Jayalalithaa in December 2016. After the rebellion by O Panneerselvam in February last year, the MLAs owing allegiance to VK Sasikala-led AIADMK faction were moved to Koovathur resort on the outskirts of Chennai. When Panneerselvam merged his faction with chief minister Edappadi K Palaniswami’s group, Sasikala’s nephew, Dhinakaran took 19 MLAs supporting them to Puducherry first and then to Coorg, after submitting a memorandum seeking a change of chief minister.