As early trends indicated a battering for the BJP led NDA in the elections to five state assemblies, Prime Minister Narendra Modi withheld comment on the setback his party suffered in the polls.

Instead, as he made his way to Parliament for the winter session that started on Tuesday, he had homilies a plenty for the MPs of both houses. “I hope members will spend their time in the house for the welfare of the people, not for themselves or their parties,” Modi said.

The winter session of parliament is likely to see a spring in the step of a newly united opposition following the reverses suffered by the BJP in two of the three states where it was in the power while the third is, as of now, too close to call. There is no shortage of ammunition for the opposition as the opposition has lined up issues like the Rafale deal, le affair CBI the exit of RBI governor Urjit Patel.

“This session is important; many issues of public importance will be taken up. I have faith that all the members of the parliament will respect this sentiment and move ahead. Our efforts are that discussions are held on all issues,” PM Modi said. “Let there be differences but we should at least have a dialogue. I hope that we work more than the stipulated time this time,” he said.

At an all-party meeting yesterday, Modi had said the government was ready to discuss issues of national importance in parliament, and the opposition must ensure the house works smoothly.

Over a dozen opposition parties, barring the Bahujan Samaj Party (BSP) and Samajwadi Party (SP), held a meeting separately with a larger goal to form a mahagathbandhan or grand alliance to take on the PM Modi-led NDA in 2019.

These elections are widely seen as a barometer for the Lok Sabha elections that are due before May next year. It is the first time since Modi came to power in 2014 that his party has been decimated in such a manner. Yes it did lose Bihar two years back and Karnataka in the elections held in May this year but never has the party been forced to bite the dust across so many states. In the Madhya Pradesh, Chattisgarh and Rajasthan account for 65 Lok Sabha seats and in the elections four and half years ago, the BJP had won 62 of these. 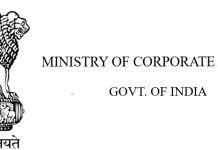