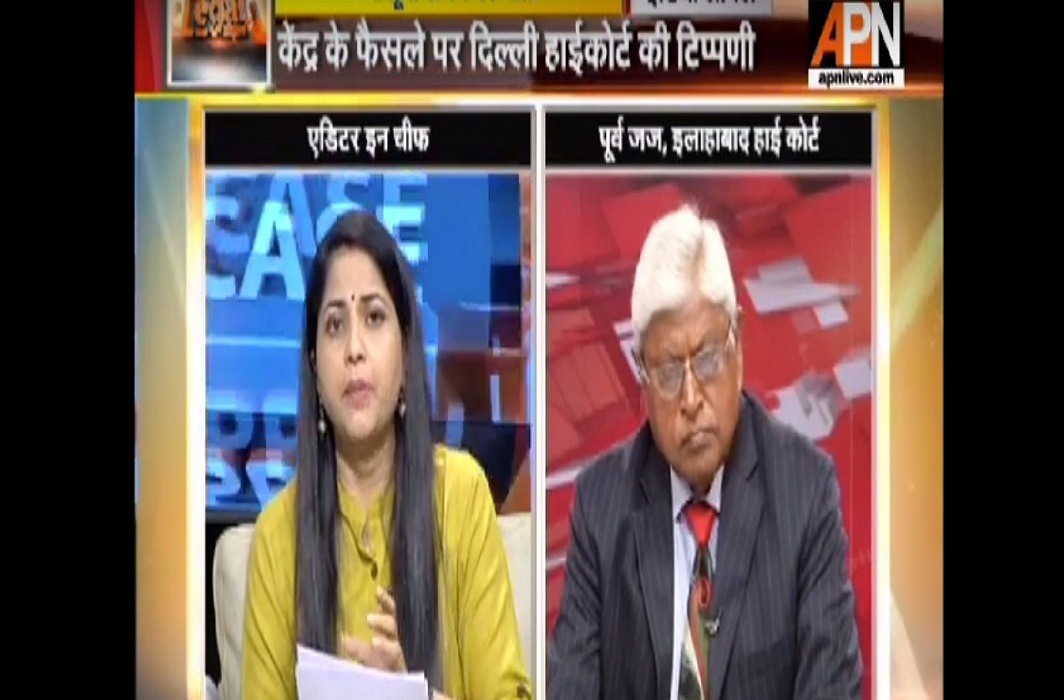 The recent India Legal show deliberated on the recent Ordinance mandating death penalty for the rape of minors upto the age of 12 years. The show discussed the shortcomings and future implications of the Ordinance while talking to judges, advocates and social workers.

The show was anchored by APN’s Editor-in-Chief, Rajshri Rai. The panellists included:

Rai started the debate by asking Justice R B Mishra: “Though the government has come out with the Ordinance, critics reckon that the Ordinance has many drawbacks as it doesn’t talk about the welfare of the victims and no research has been done. Do you think that this step has been hastily taken?”

Justice R B Mishra replied: “The circumstances were such that it was necessary to bring the Ordinance. But by only bringing the Ordinance, it will not solve the problem. The society should also be sensitized and also it needs wider publicity.”

“Our experience with the POCSO Act shows that over 50 per cent of the cases registered under it are proven to be false. Also, the minimum punishment under the new law is stipulated to be 20 years. I personally think a sentence of seven to 10 years would have been okay. But in cases where brutality is committed, the death penalty is justified,” said Senior Advocate Vivek Sood.

Sood further added: ““Police reforms play a big role in the criminal justice system. We need investigations to be scientific and honest, as in the Nirbhaya case. The judiciary will share a big onus in preventing misuse of this ordinance.”

Justice V Gopala Gowda was rather skeptical of the Ordinance. He believed: “My first impression of this Ordinance is that it may be counterproductive. My intuition is that it will not serve its purpose. This Ordinance will not be beneficial for the children who are victims of sexual abuse and rape.”

Below is the link of India Legal show: