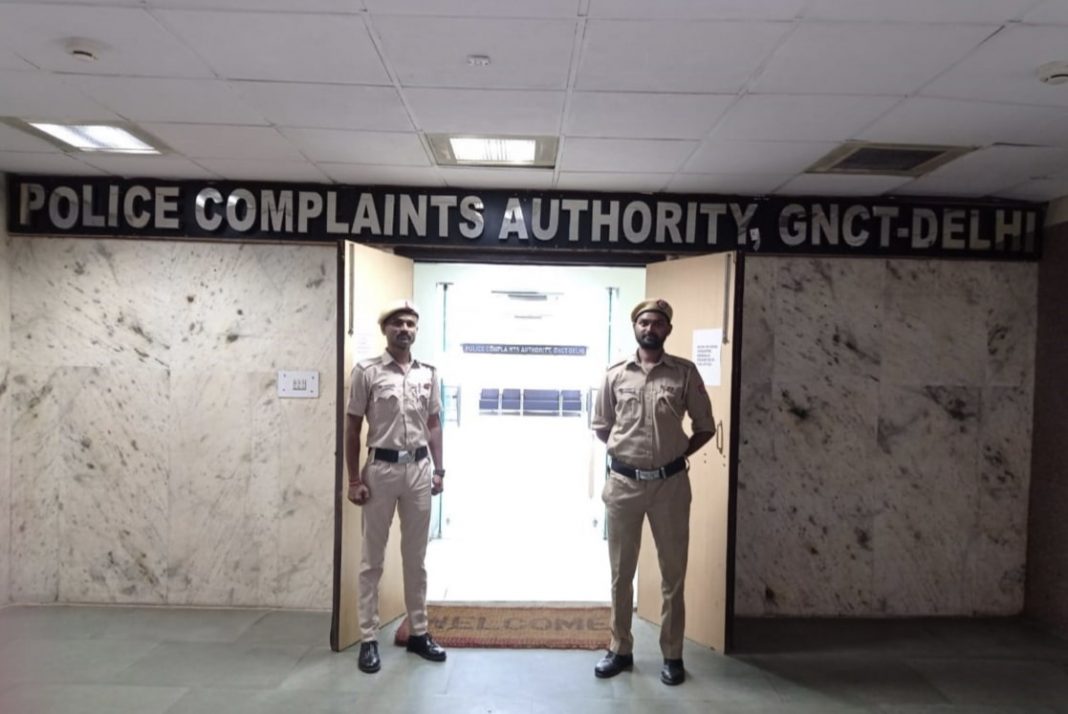 The Police Complaint Authority, Government of NCT of Delhi has published its Annual report for the year 2019-2020 and submitted it to Lieutenant Governor Anil Baijal.

According to the annual report the Police Complaint Authority has received 1535 complaints during the year 2019-2020, of which 1327 were disposed off, while 208 are pending with a remarkable disposal rate of more than 86.44%.

The Authority, with Former Delhi High Court Justice PS Teji as its Chairman, inquire into allegations of “serious misconduct” against police personnel, either Suo Motu or on a complaint received from a victim, the National Human Rights Commission or Lieutenant- Governor or Chief Secretary or Principal Secretary (Home), GNCT of Delhi.

Justice P. S. Teji has been a judge par excellence, he is known for his legal acumen, specially in Criminal Jurisprudence. During his tenure at the Delhi High Court he had an impressive rate of Disposal of cases and there are about 300 reported judgements to his credit.

Lieutenant Governor Anil Baijal wrote in his message, that the annual report of the PCA presents an overview of what has been achieved during the year. He also lauded the Chairman and the members of the PCA for working sincerely and being devoted for redressal of grievances of the general public pertaining to the Delhi Police.

The Chief Secretary, Government of NCT of Delhi, has said that the efforts made by PSA has brought good name and reached to the prestigious position by disposing considerable number of complaints of the general public.

The Police Complain Authority, Delhi, has disposed off various major cases before it during the period (2019-2020)

1- Ms. Pooja Complaint noPCA/2018-19/57 (Regarding inaction and misuse of power of the police officials.)

5- Sh. Pramod Kumar Complaint no. Complt./PCA/04/2019 (regarding torture at the police Station)

6- Sh. Jai Kaushik Complaint no. Complt./PCA/06/2019 (regarding misuse of power by police officials)

The Supreme Court while deciding a writ petition (Prakash Singh & Ors. Vs. Union of India) in 2006 had observed that the preparation of a model Police Act by the Central Government and enactment of a New Police Act by the State Governments providing therein for the composition of State Security Commission are things that it hopes for. It had suggested that all State Governments should enact a new Police Act wholly insulating the police from any pressure whatsoever thereby placing in position an important measure for securing the rights of the citizens under the Constitution for the Rule of Law, treating everyone equal and being partisan to none, which will also help in securing an efficient and better criminal delivery system.

The Apex Court under Article 32 and Article 142 of the Constitution had issued directions to the Central Government, State Governments and the Union Territories for constitution of Police Complaints Authority till framing of appropriate legislation. Thereafter on 29th January 2018, in compliance with the directions passed by the Supreme Court and directions issued by the Government of India Ministry of Home Affairs, the Lieutenant Governor had constituted the Police Complaints Authority of National Capital Territory of Delhi.

Did you find apk for android? You can find new Free Android Games and apps.
Share
Facebook
Twitter
Pinterest
WhatsApp
Previous articleSudarshan TV case: There has to be a balance between speech and dignity, says Supreme Court
Next articleDRI approached Supreme Court In Gold Smuggling Case