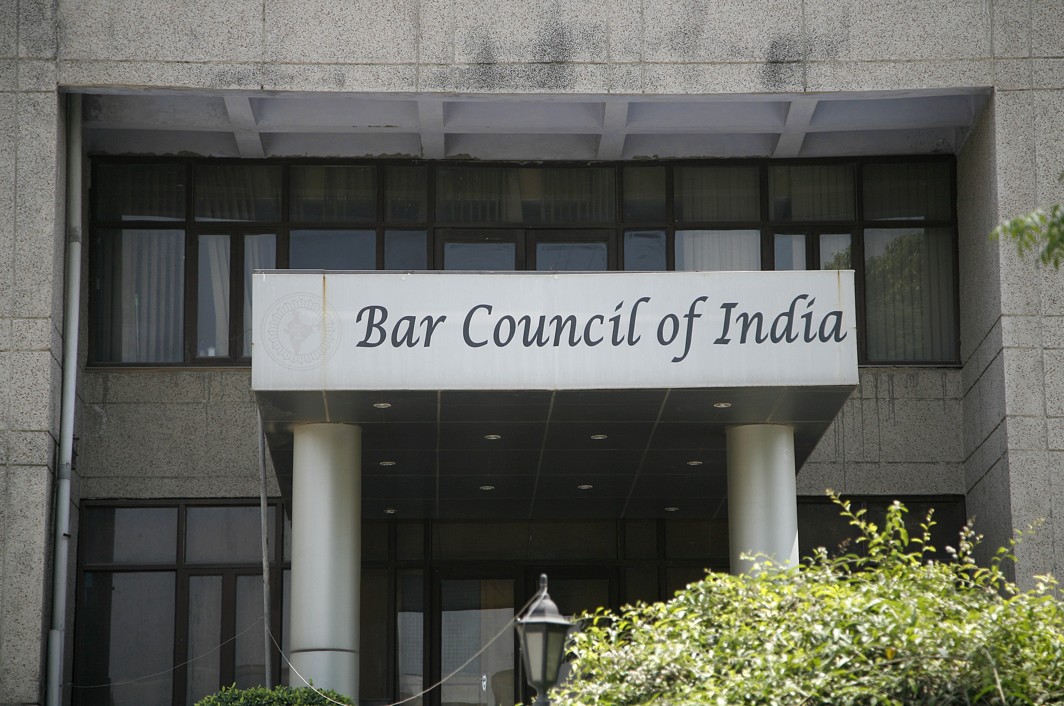 A day after an 11-hour protest by hundreds of Delhi police personnel to demand “equal justice” following clashes between lawyers and cops, the Bar Council of India condemned the agitation as a “politically managed move”. Describing the protesting cops as an “unruly mob” who raised “filthy slogans”, the Council dismissed their demands as “illegal and ridiculous” in its official statement today.

The Bar Council tried to defuse the situation and asked all Bar Associations in Delhi to withdraw their strike called after the clashes, but “after seeing yesterday’s conduct of the police personnel, we can’t sit tight over the matter”, the statement added.

The protesters should be arrested within a week or they will protest, the Bar Council demanded.

The violent clashes between the lawyers and Delhi cops over the weekend and the massive protest by police personnel outside the force’s headquarters on Tuesday escalated today when protesting lawyers stayed away from courts in the national capital.

The lawyers claim that one of their colleagues was shot in the chest during Saturday’s clash at the Tis Hazari Court, in which more than 20 policemen and eight advocates were injured and several vehicles vandalised following an argument over a wrongly parked vehicle. The attack was followed by another violent confrontation on Monday, when a policeman was slapped and beaten outside Saket District Court by a group of lawyers prompting the cops to register their protest through a dharna.

This morning, the lawyers closed the main gates at the Patiala House and Saket district courts and prevented people from entering the premises. At the Rohini district court, a lawyer doused himself with kerosene and threatened self-immolation. Another threatened to jump off the rooftop of one of the buildings in the premises.

A lawyer even sent a notice to Delhi police commissioner Amulya Patnaik emphasising that the protest was “illegal”.

“The general public would not be able to understand/ realize the far reaching adverse effects of such protest and move of Delhi Police. The policemen remained absent from their duty for about 11-12 hours, shouted slogans, used filthy languages (not only for the lawyers, but also for the law courts) and they threatened to smash and kill the lawyers openly. Under Section-3 of the Police Forces (Restriction Rights) Act, 1966, this Act of Police is a serious offence ath·acting 2 years imprisonment. The Police Commissioner is to look into it,” read the statement.

The Bar Council has also requested the media not to highlight the “hooliganism of Indian police” and the court to “not allow the vindictive police to lodge any case against lawyers, because, if it is allowed, they will resort to harassment of several innocent lawyers and their leaders in revengeful manner”.

“The police want full freedom to act against advocates. The police say they would withdraw security of judges and it is one of their demands. To abuse courts is not right,” Manan Kumar Mishra, chairman of the Bar Council of India, said.

Mishra said that action has been taken against the lawyer who slapped a police officer at the Saket Court on Monday and assured that the courts will function normally from tomorrow.

Did you find apk for android? You can find new Free Android Games and apps.
Share
Facebook
Twitter
Pinterest
WhatsApp
Previous articleGuwahati High Court To Provide Post Retirement Facilities To CJI Gogoi Who Demits Office On Nov 17
Next articleThe Bar & the Police are the preserver & the protector, of rule of law: Delhi HC