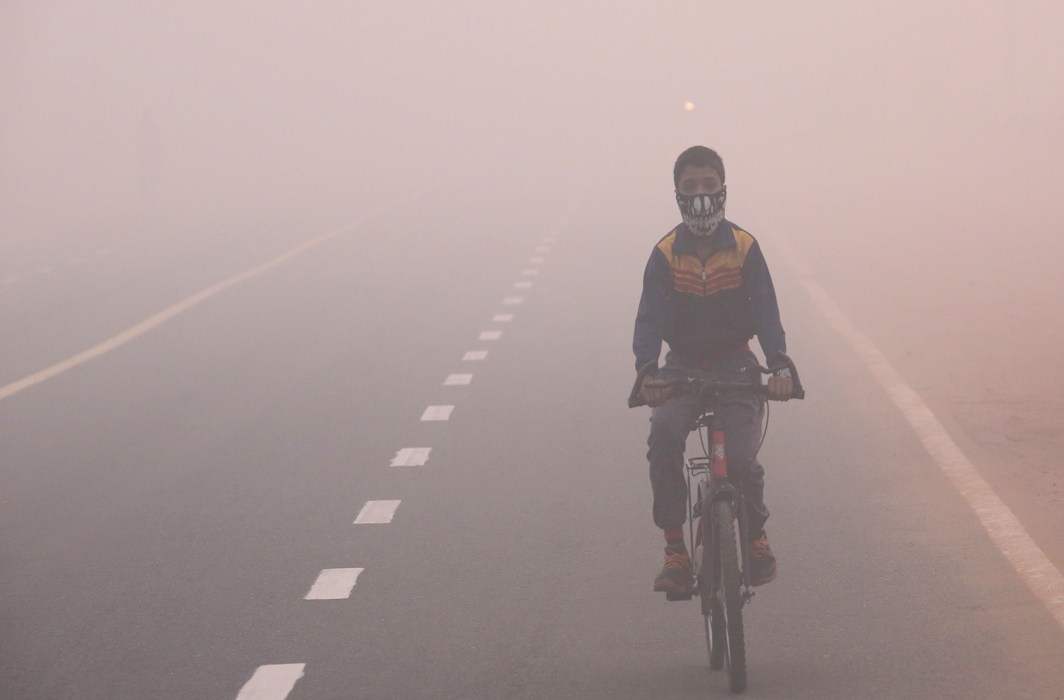 Diesel generators have been banned, the Badarpur power plant has been shut and hundreds of brick kilns ordered to stop work under the Graded Response Action Plan (GRAP) of the Supreme Court-appointed Environment Pollution Prevention and Control Authority (EPCA).

The measures stipulated for the GRAP’s ‘very poor’ and ‘severe’ categories of air quality came into effect today, and they will remain in force till March 15, 2018, the EPCA announced following a review meeting chaired by Bhure Lal, a former IAS officer.

In November 2016, the Supreme Court of India directed the government to frame and implement a Graded Response Action Plan (GRAP) to control air pollution. The Union environment ministry notified the Plan on January 17, 2017.

Designed like a disaster alert system, GRAP directs governments to take tougher and tougher actions based on the level of air pollution. Key measures listed under the Moderate and Poor categories, have been in force through the year, with state governments monitoring progress. Now, from October 17, 2017 to March 15, 2018 the Very Poor and Severe categories have come into force.

The measures come on top of steps taken recently to curb pollution, most notably and recently, the ban on the sale of firecrackers. Before this, the government had prohibited stubble burning or burning of crop residues by farmers of Punjab and Haryana to the west of Delhi.

The EPCA has said if the air quality worsens, Delhiites may have to shell out more as parking fee, possibly four times the current amount and that if pollution reaches ‘emergency’ levels, it may enforce the ‘odd-even’ plan, order cars off roads, and shut schools.

EPCA secretary Sunita Narain said while the GRAP proposes a hike in parking fee under its ‘very poor’ segment, it cannot be immediately implemented as the Delhi government’s parking policy has not yet been finalised. However, the EPCA will enforce the measure if pollution levels show any rapid spike, even if a formal policy is not in place, she said.

“As per the action plan, several measures will be taken till March 15 to avoid the ‘severe+’ category that the region had suffered over the last year when a public health emergency was declared, warranting measures such as the ‘odd-even’ car rationing policy or closure of schools,” said Sunita Narain, the Director-General of Centre for Science and Environment (CSE), and member secretary, EPCA.

EPCA expects 32 air monitoring systems to be in place in the region over the next few weeks. “The AQI from these monitoring stations will look at PM 2.5 levels,” said A Sudhakar from the Central Pollution Control Board (CPCB). “With this, combined with information from other agencies, we will be able to formulate a daily action plan to target problem areas,” he said.

Weather conditions are expected to worsen the morning after Diwali, he warned. “On October 20 morning, we expect moisture-laden south-easterly winds to blow into Delhi-NCR and increase pollution levels,” he said.

EPCA chairman Bhure Lal said the diesel generator ban will not apply to essential services such as the Delhi Metro, mobile phone towers, and hospitals in the city.

Brick kilns, which have implemented the zigzag technology that helps reduce black carbon emission, have also been allowed to function, said Bhure Lal.

The Badarpur plant used to supply around 400 MW electricity to discoms but, according to power officials, its closure will not affect Delhi’s electricity supply as the city has surplus power. CPCB wanted the plant shut down by September, but it was postponed since the Jawaharlal Nehru Stadium, which hosted matches of the U-17 FIFA World Cup, drew electricity from the plant.

The Bawana gas-based plant has been directed to be run at full capacity.

The EPCA also advised the residents of Delhi-NCR to use face masks whenever possible. It also raised concerns over the existing landfill sites in the capital.

The EPCA said the two other thermal power plants in the region, at Dadri and Jhajjar, will also have to be shut if pollution reaches emergency levels.

If air quality worsens further, the action will be more widespread, including closure of hot mix plants in Haryana and Uttar Pradesh, stone crushers in Haryana and Rajasthan, and industries using Furnace Oil and Pet Coke, which are rich in Sulphur, across the region.

The 24-hour-average safe standards of PM2.5 and PM10 are 60 and 100 respectively and anything beyond that can harm living beings.

EPCA added that further action will be taken based on the reports released each day by the task force. Other long-term measures include providing electric heaters to society guards in order to prevent burning of firewood and closure of hot mix as well as stone crushers.

In addition, trucks entering Delhi will be monitored and those not destined for the city to be sent back. EPCA also said measures to prevent burning of open waste and construction dust will be intensified with offenders to be fined. The Delhi Pollution Control Committee (DPCC) has created a Whatsapp helpline number (9717593574) for people to submit photographs and complaints regarding waste burning.