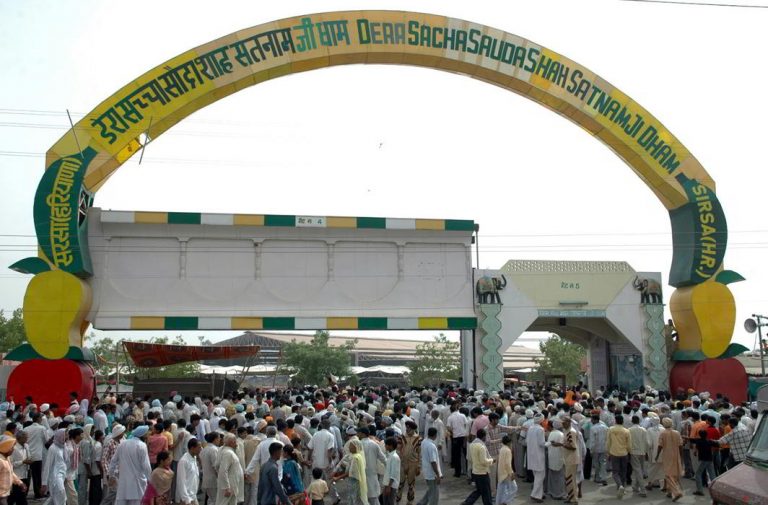 The Punjab and Haryana High Court on Wednesday (September 27) directed the Income Tax department and the Enforcement Directorate to investigate into all assets, including movable assets, related to Dera Sachha Sauda. Moveable assets connected to money laundering will also be looked into.

Some members of the high court bar, especially senior advocate Anupam Gupta, had demanded deeper investigation related to financial transactions of the Dera. The full bench of Justices Surya Kant, Augustine George Masih and Avneesh Jhingan has passed these orders.

In the preliminary assessment conducted by the High Court, its officer submitted that the total value of the headquarters of the Dera at Sirsa is Rs 1,100 crore. The details compiled by the Haryana government said that Dera owns over 1,093 acres across 18 districts of Haryana and the current value of the land is Rs 30 lakh per acre. Dera Sacha Sauda has 48 branches including in foreign countries such as Australia, Canada, the United Arab Emirates, the United Kingdom and the United States, the government said.

The High Court ordered the making of two tribunals. One will be for Punjab, while the other will be for Haryana. These tribunals will examine if the claims made by some people who have suffered losses in the violence that ensued during the trial and the conviction of Gurmeet Ram Rahim are genuine or not. If the claims are found to be genuine, the tribunals will also determine what their entitlements are.

On August 26, when Ram Rahim was convicted, the High Court had indicated that all the losses incurred in the violence initiated by the godman’s followers would be recovered from the property of the Dera.

It may be recalled that more than 35 people died in the violence.