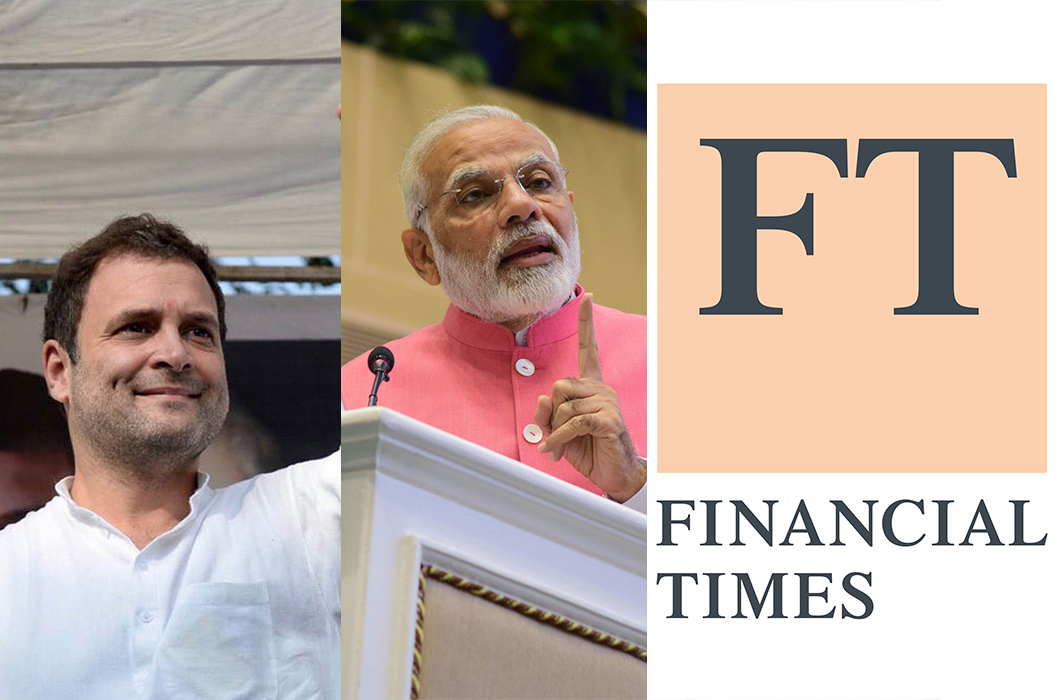 On the day of the anniversary of the fateful and disastrous demonetization drive by the BJP government, arrived another jolt for the Prime Minster Narendra Modi-led government. It was in the form of an editorial page article in the revered Financial Times of London and it has been penned by no other than Congress Vice-president Rahul Gandhi.

Rahul, who has been making waves with his critical comments about the BJP in the recent past, seems to have reached the rarefied air of top class economic commentary, stating in the article that while Modi had claimed “his decision was aimed at wiping out corruption. Twelve months on the only thing he has wiped out is confidence in our once booming economy”.

In a not-too-subtle, yet measured and decent rejection of Modi’s policies, Rahul laid down the realities: “Demonetisation has wiped out 2 percent of India’s gross domestic product, destroyed the informal labour sector,” he wrote.

About the GST, Rahul writes that it was “bureaucratic and complex” and that “it has devastated livelihoods, creating a modern day ‘Licence Raj’”.

While calling Modi a “democratically elected autocrat”, the Congress vice-president presented pictures in contrast, with the Chinese economy as a backdrop. He refreshed memories of Deng Xiaoping’s comment that the colour of the cat was immaterial as long as it caught the mouse and said: “Today, the Chinese cat has firmly caught the global manufacturing mouse.”

He was developing on his allegation with the fact that the Centre for Monitoring Indian Economy had given, “that over 1.5m people lost their jobs in the first four months of 2017 due to demonetisation”.

And while on the China angle, Rahul justifies his comment, saying: “According to official figures, China currently creates on average 50,000 jobs every single day; India under Mr Modi manages only 500.”

In a punchline-ending, that is bound to draw crude reactions from those in power, Rahul said: “Mr Modi has damaged India by converting anger created by joblessness and lack of economic opportunity into communal hatred. He has chosen to hide behind a shallow, hate-filled political narrative.”

And the exit line was as measured as it was decent: “Anger might have brought Mr Modi to power but it will never create jobs or fix India’s institutions.”