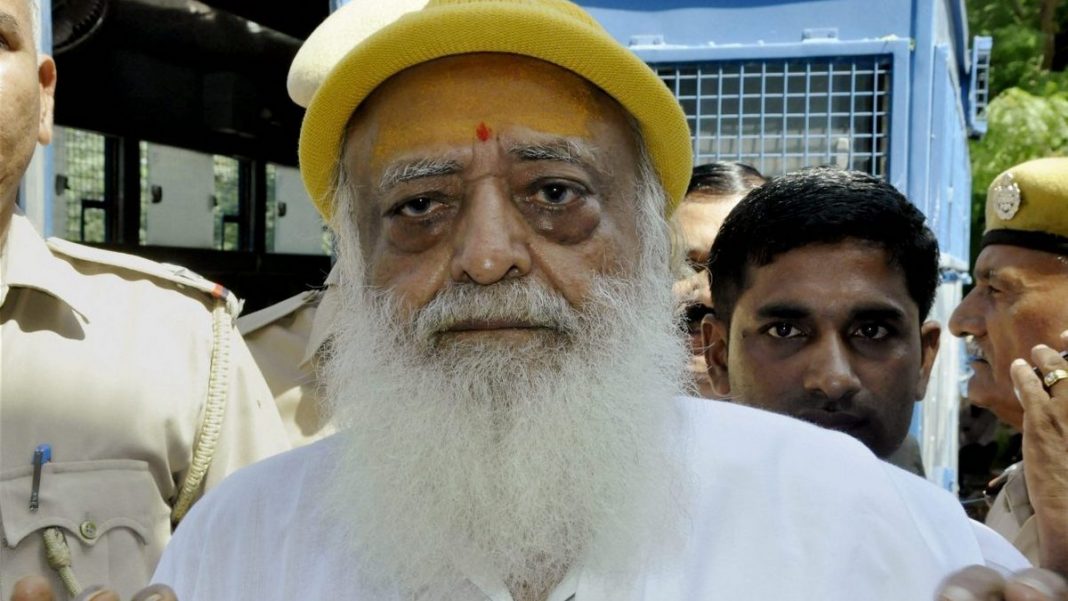 New Delhi (ILNS): In a big relief to the self-proclaimed rapist godman Asaram Bapu the Rajasthan High Court has accepted his plea for an early hearing. Asaram, who has been in jail for 7 years, was sentenced to life imprisonment in 2018.

The two-judge bench of Justices Sandeep Mehta and Rameshwar Lal Vyas, while accepting the plea of Asaram, has now given time for hearing in the third week of January 2021.

Senior advocate Jagmal Chaudhary and advocate Pradeep Chaudhary had filed the petition on behalf of Asaram.

Asaram was arrested from the Chhindwara district of Madhya Pradesh in 2013 in the case of sexual harassment. On April 25, 2018, Asaram was sentenced to life imprisonment. Asaram has not got a bail for the last seven years. Even in June 2020, Asaram had filed his bail application, which was rejected by the Gujarat High Court, saying that Asumal Harpalani alias Asaram Bapu would not be granted temporary bail because, if he comes out these days, his followers would reach in large numbers and Corona infection will be at risk of spreading.

A rape case is going on against Asaram in Gandhinagar court even though he had sought temporary bail for four months on various grounds but his application was rejected citing Corona infection.

Narayan Sai, son of Asaram, is also serving life sentence. On April 30 2019, Narayan Sai was sentenced to life imprisonment by the court of Surat. He was lodged in Lajpur Jail in Surat. Ever since Asaram has been in jail, he has tried many times to come out of the jail, but has not been able to get bail yet.