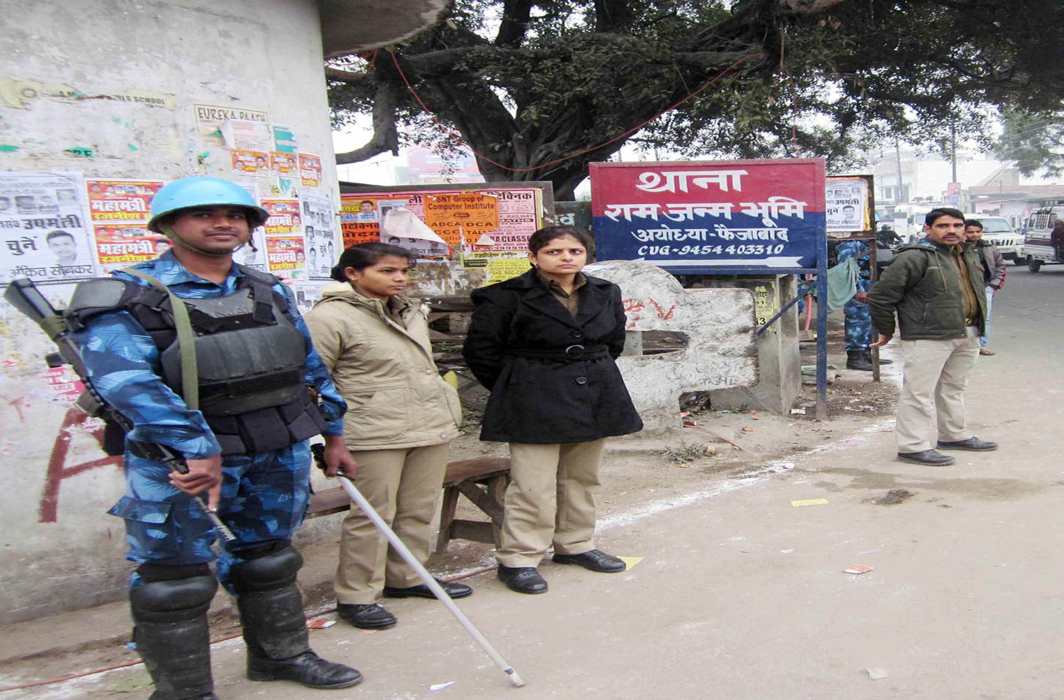 Above: Security guards on high alert near the disputed site in Ayodhya (file picture)/Photo: UNI

CJI Dipak Misra also made it clear that this will be treated as a land dispute and nothing else.

Petitioners’ counsel Ejaz Maqbool submitted a list of documents which have not been filed before the bench of Chief Justice Dipak Misra and Justices Ashok Bhushan, Abdul Nazeer and further told about the books which are required to be submitted.

The bench directed the petitioner to file the translated version of books before the court within two weeks.

Maqbool further requested before the court that only parties should be allowed to file the documents as there are so many documents in the matter.

Additional Solicitor General (ASG) Tushar Mehta submitted that a total of 504 exhibits are there in the matter. And these exhibits include Ram Charitra Manas, Bhagwad Gita and other relevant excerpts.

The counsel appearing for the UP government submitted that the translation of all the documents have been completed while Sunni Waqf Board’s counsel said that they had completed their share of translation work but there are many such books which are related to the Hindu texts and those documents still remain to be given.

The bench said that interlocutory applications for the suit are allowed with the application of condonation of delay. And the intermediary applications are not acceptable during the course of the case.

Dhavan requested to hear this case on a day-to-day basis which the bench denied.

Expressing his displeasure, Dhavan submitted: “This court should not hear this matter in piecemeal. It should hear it on day-to-day basis. I have a certain amount of licence and I am going to use it and no one will tell me how to argue my case,” Dhavan continued.

Bench said we have not said anything about it and we will see about that.

CJI Misra said: “A few people might have some assumptions. Sometimes it leads to presumption. Presumption leads to untruth. It invites danger and sometimes it generates guilt.”