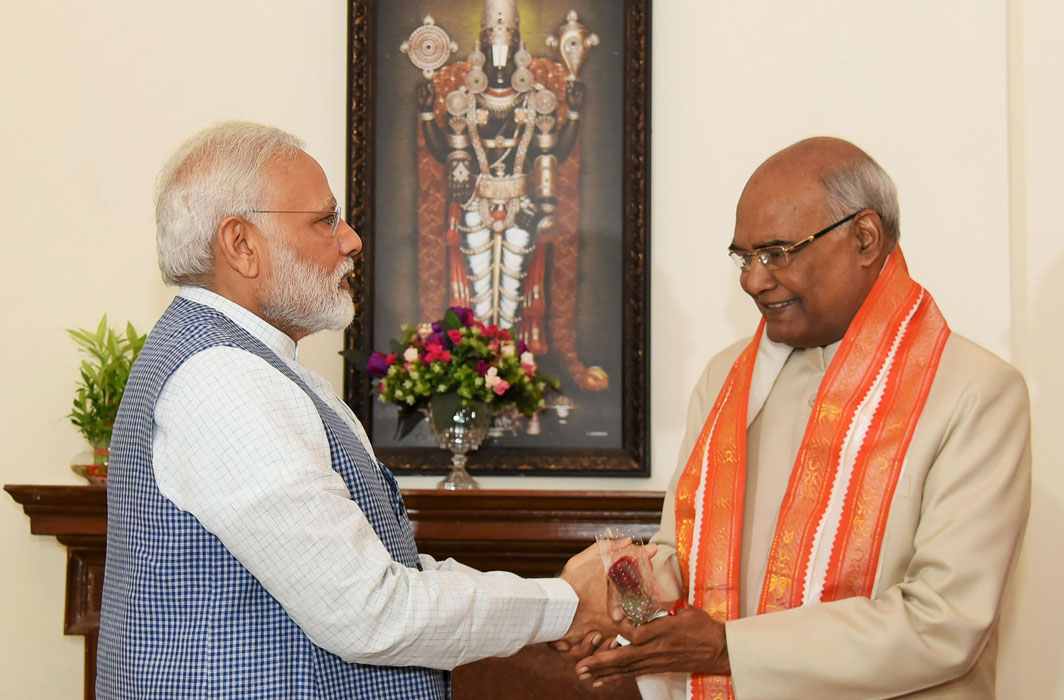 Above: Prime Minister Narendra Modi congratulating Ram Nath Kovind after his election as the next president of India. Photo: PIB

Former Bihar Governor Ram Nath Kovind, a BJP candidate of the NDA and a virtual unknown a few days back, will be the 14th President of the Republic of India. Kovind scored a huge victory over UPA’s nominee, former Lok Sabha speaker Meira Kumar, getting over 65 percent of the Electoral College votes on Thursday (July 20).

The returning officer said that Kovind (71) received 2,930 votes with a value of 7,02,044, making him the second Dalit to hold the top constitutional post of the country.

Kovind will be sworn in on July 25. After his victory his reaction was: “I realise it is a great responsibility.”