Speaking to the devotional channel of Tirupati Tirumala Devasthanam (TTD) after darshan, Chief Justice Ramana said he has come across many interesting and remarkable incidents in his life. 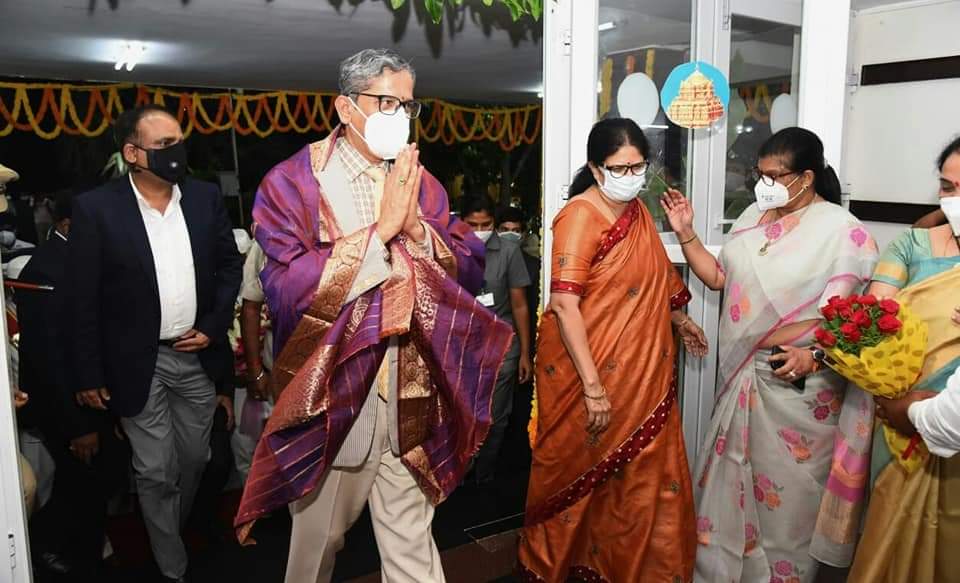 Chief Justice of India N.V. Ramana has given all credit of his successful career to Lord Venkateswara, the reigning deity residing of Tirupati.

“With the benign blessings of Lord Venkateswara, I reached this apex level in my career,” said Justice Ramana on Friday. The CJI is on a two-day maiden visit to Tirumala with his family, after taking over the reigns of the Supreme Court.

Speaking to the devotional channel of Tirupati Tirumala Devasthanam (TTD) after darshan, Chief Justice Ramana said he has come across many interesting and remarkable incidents in his life.

“It is with the grace of Venkateswara Swamy what I am today. With His blessings, I will do my best to take up the legal system to the next level,” he added.

Earlier, on his arrival at Mahadwaram, he was received by TTD Chairman YV Subba Reddy and Executive Officer Dr KS Jawahar Reddy and was offered traditional Isthikaphal Welcome by temple priest Venugopala Deekshitulu. The Chairman and the EO offered Theertha Prasadams to the visiting dignitary.