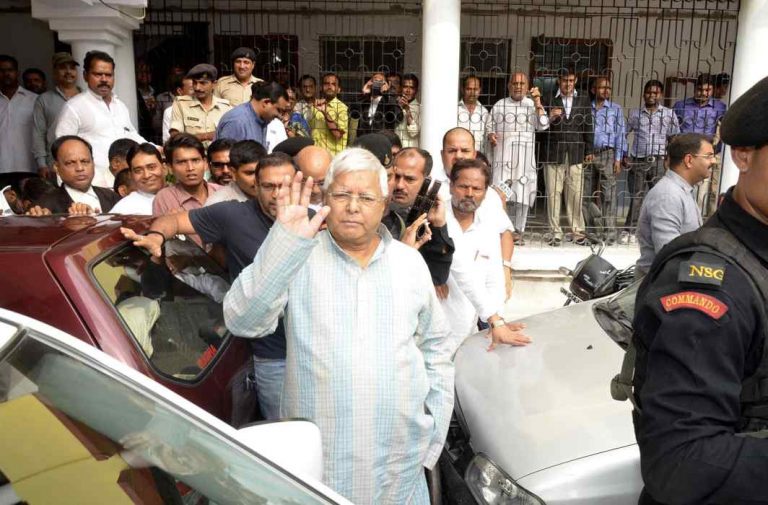 Quantum of punishment to be announced on January 3, 2018.

Lalu Prasad Yadav was on Saturday (December 23) declared guilty of the two-decade old fodder scam by a CBI court in Ranchi. He will soon be taken into custody. This will be the former Bihar Chief Minister’s second term in jail in the related fodder scam. In the first instance he had spent two months in jail before availing of bail from the Supreme Court. That, however, cost him his Lok Sabha seat.

When he arrived in court in the morning, Lalu sounded confident that he would be acquitted. He said he was “confident that he will get justice”. The RJD chief was met by a huge number of his supporters gathered the court and police in riot gear was ready to tackle any untoward incident that could have erupted if the case went against him.

The quantum of punishment will be announced on January 3.

The total value of scam is estimated at Rs 900 crore, spread out over several minor scams related to the same issue. The money was defalcated from the state exchequer for fictitious medicines and fodder for cattle. The CBI started the probe in 1996.

The fodder scam had started small, with embezzlement by lowly government employees who transferred fake funds while supposedly spending money on fictitious purchases that often were as unusual as oil to polish buffaloes’ horns.

Slowly the political hand came into the overall scenario and rate and size of embezzlement grew to large proportions.

Lalu Prasad Yadav has maintained that this is apolitical witch hunt, perpetrated by his political rivals the BJP. In the process the RJD leader’s family has lost its grip on the state’s administration as Nitih Kumar jumped ship and joined the BJP cartel.

On Saturday itself, Lalu’s daughter Misa Bharti and her husband were chargesheeted by ED in a disproportionate assets case at the Patiala House Court in Delhi. Case for money laundering was also instituted.