Regulator Vs. Adjudicator: Electricity Act, 2003 And “Proposed Amendments – Bill Of 2020” 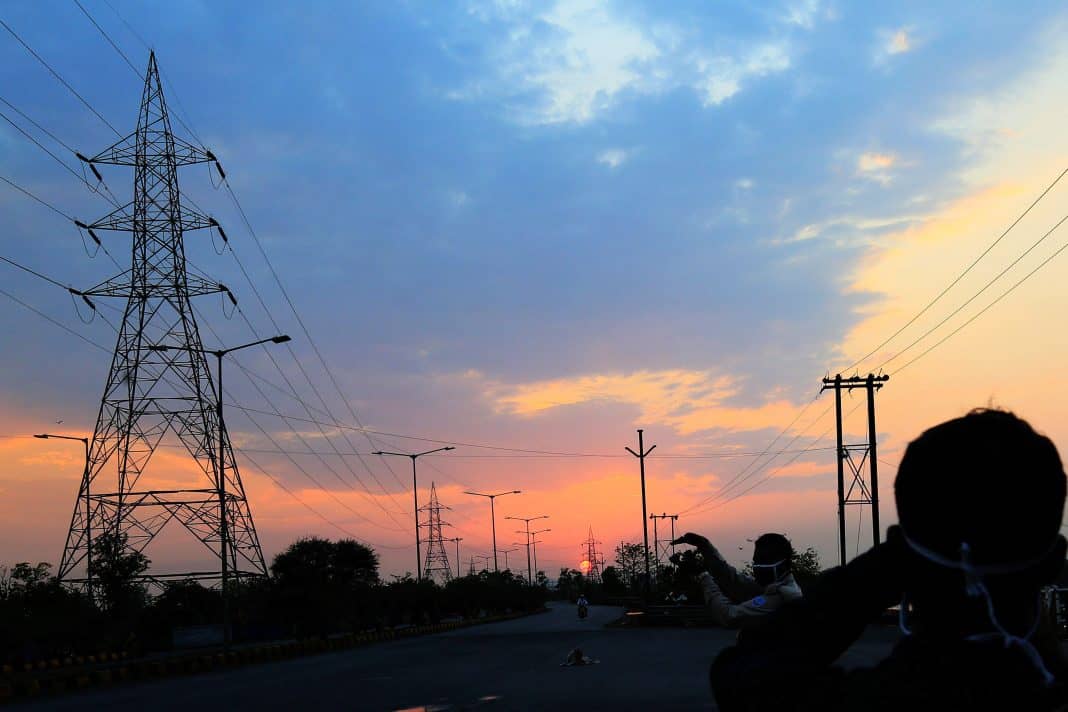 The proposed amendments to the Electricity Act, 2003 (‘Act of 2003’) were tabled before Parliament on 17th April, 2020 by way of introducing Electricity (Amendment) Bill, 2020 (‘Bill of 2020’). This Bill marks paradigm shift in the arena of Dispute Resolution in Power Sector in India which is governed by the ‘Act of 2003′. The Act of 2003 was enacted with an object to consolidate the laws relating to generation, transmission, distribution, trading and use of electricity and for protecting interest of consumers and supply of electricity to all areas, rationalization of electricity tariff, ensuring transparent policies regarding subsidies, constitution of Central Electricity Authority, Regulatory Commissions and establishment of Appellate Tribunal and for matters connected therewith or incidental thereto. Since year 2003 series of amendments have been made in the principal Act. The amendments were both substantive and procedural. However, the latest amendment touches the basic regulatory and dispute resolution structure under the Act. One of the objectives of the proposed amendment is to create a novel dispute resolution forum.

The change suggests immaculate demarcation between Regulator and Adjudicator as well as centralization of the selection process for both the wings. This piece analyses this major proposed amendment in the Act of 2003 and its repercussions on all the stakeholders.

This jurisdiction is currently with Regulatory Commissions established in different States across the country and thus, the ‘Bill of 2020’ proposes consequential changes in the entire Act by replacing ‘Commissions’ with ‘Authority’.

ECEA is proposed as an authority having Original jurisdiction over almost all the fields of probable disputes between the stakeholders. The Orders of ECEA are proposed to have same binding effect as that of a decree of a civil court under Section 109 J (3). It is proposed that the Appeal against orders of ECEA shall be appealable before Appellate Tribunal for Electricity (APTEL).

Interestingly enough, the proposed amendments does not abandon the ERCs which are presently functioning to frame Regulations for Power Sector under the Act of 2003 and adjudicate disputes amongst stakeholders. The power to regulate and adjudicate issues relating to Tariff still remains with ERCs. Infact, even for adjudication of disputes, the fields left out of the jurisdiction of the ECEA is still available with ERCs. This jurisdictional divide is provider under proposed section 109 A (2), which reads as under:

109 A (2) : Notwithstanding anything contained in this Act or any other law in force, the Electricity Contract Enforcement Authority shall have the sole authority and jurisdiction to adjudicate upon matters regarding performance of obligations under a contract related to sale, purchase or transmission of electricity, provided that it shall not have any jurisdiction over any matter related to regulation or determination of tariff or any dispute involving tariff.”

The area of dispute(s) arising out of or incidental to the matter related to regulation or determination of Tariff may lead to possible overlap of jurisdictions between ERCs and ECEA because here are circumstances where one dispute has several limbs and one limb may enter into Tariff area and other may remain in determination of contractual obligations of parties. This situation may require determination of supremacy amongst ECEA and ERCs qua such disputes. This anomaly is likely to lead into possible litigation ground –  times will reveal.

Clause 2 of the statement of objects and reasons Bill of 2020 provides as under:

“Electricity is one of the most critical components of infrastructure which is essential for sustained growth of the Indian economy and welfare of nations. The 2003 Act have brought in huge direct investments, public private partnerships, market development, transparent tariff mechanism etc.; which have enables several reforms, laws and regulations, multifarious contracts and complex disputes. But the electricity sector is seized with few critical issues which have weakened the commercial and investment activities in the electricity sector that needs to be addressed immediately to ensure sustainable growth of the country. It has been felt that the few provisions of the Act are unable to cope with the rapid development of the electricity.”

The intention of the Bill is thus, to create separate chambers for operations for Regulator i.e, ERCs and Adjudicator i.e., ECEA. The focus of the proposed amendment is that separate and distinct institutions should function for framing regulations and to ensure implementation thereof, or to say resolution of dispute arising out of the interpretation or misinterpretation of these regulations. If we trace the jurisprudence or rationale of the proposed amendments then we get an indication that proposed amendment has taken clue from Montesquieu’s theory of separation of powers between Legislature, Judiciary and Executive as enunciated in his book The Spirit of The Laws. One Legislates another adjudicates. However, this comparison may not be absolute in the context of ‘Bill of 2020’ because the appointment and selection of both ERCs and ECEA is done by a single selection committee formed by the Central Government under proposed Section 78. This leaves us with an intriguing question – Is the proposed Authority (ECEA) necessary or simply strengthening of ERCs would have served the noble purpose?

The amendments that have been proposed are seemingly progressive and also intend to address some of the immediate concerns that have been persistently bothering stakeholders of the power sector.

One strong indication from the Bill of 2020 is that Government is decisive to make the Adjudication process under Act of 2003 more powerful and independent by infusing more powers to the newly created Forum, ECEA both substantive and procedural. Proposed Section 109 (J) provides that ECEA shall have powers of Civil Court. The separation of working areas is bound to create more balanced approach in the dispute resolution process and is expected to provide level playing fields for all the stakeholders.

The orders or directions issued by ECEA shall have same strength as that of the civil court which shall increase the binding quotient to the directions of the proposed Authority and also make the orders executable as a decree of the Civil Court, which is a welcome step.

Appellate Tribunal for Electricity (APTEL) has also been made more powerful and would now serve as Appellate Authority to both ERCs (on Tariff related issues) and ECEA (for all orders passed). The proposed amendments seek to wipe out the continuous field of confusion as weather adjudication regarding contracts can be done or not on Original as well as Appellate side undealt with in the Act of 2003.

The new adjudicatory forum is stated to be seated at New Delhi with six members without any immediate provision of establishment of any Circuit or regular benches all across the Country. The stress of adjuratory work and cases pending before all the 26 ERCs may not be able to be contained by single Forum, ie, ECEA. Adding to the problem is the difficulty of approach to litigant/complainant/claimant as also the generating/transmission/ distribution companies, licensees and sub-licensees, as capital of the country – New Delhi may still be “Too Far” for many situated at faraway places in the Country which has length and breadth of 3214  and 2933 kms.

The Bill of 2020 without simultaneously creating PAN India infrastructure for various regional benches of ECEA signposts hurried and hasty approach of the Government, which will ultimately create a stalemate to the adjudication process in the entire country for significant time period. This in-turn would affect the industry and power sector on the whole with the problems of increase in pendency of cases and non-determination of urgent issues thus, adversely affecting the sector on the whole.

The distinction in scope of work carved out by the Bill of 2020 indicates that ERCs will continue to have jurisdiction over disputes relating to Tariff and issues incidental thereto and ECEA shall be empowered to adjudicate on all the issues as provided under proposed section 109 A (2). This so called theoretical distinction appears to be a problem area and there is every chance of overlap of jurisdictions of ERCs and ECEA in future. It is much known fact that distinction between disputes relating to tariff and issues incidental thereto has a razor thin distinction. If this issue is not resolved at pre-amendment stage then this grey area will become litigation zone before APTEL and Supreme Court of India in times to come.

Legislature in its wisdom has proposed amendments for better functioning of the Power Sector. Creation of separate Adjudicator and Regulator by dividing their fields is a welcome step. However, it appears the amendments could have been better planned with an approach to kick start Dispute Resolution by the new adjudicating authority by either providing for provisions for benches all across the country. Or, in place of introducing so many distinctions in the jurisdictions and creating a completely novel mechanism of dispute resolution, the objective of the government to improve the functioning and performance of the power sector could have been better served by granting and ensuring more accountability to ERCs while safeguarding their operational autonomy and independence.

Another problem area is the exception provided in proposed section 109 A (2) providing for exclusion of jurisdiction of ECEA regarding Tariff relates issues. The disputes emanating from the matter related to regulation or determination of Tariff may lead to possible overlap of jurisdictions between ERCs and ECEA. This aspect needs emergent clarification before the Bill of 2020 takes shape of and enacted provisions or this grey area would open gates for litigation time and again, diluting the pious purpose of the proposed amendment to create a better dispute resolution mechanism under the Act of 2003 by addressing critical issues which have weakened the commercial and investment activities in the electricity sector and which otherwise required immediately attention to ensure sustainable growth of the country by the Government.