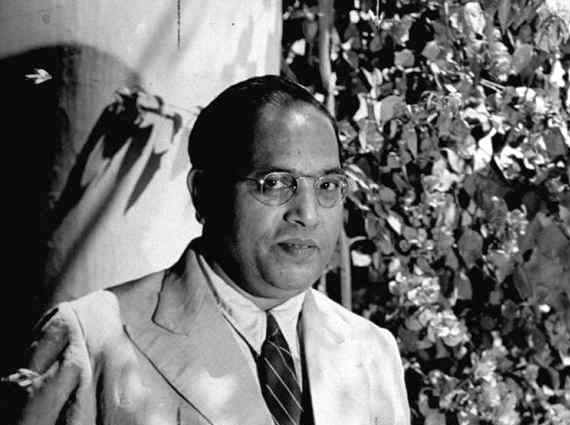 Today, Decmber 6, marks a special day for millions of Dalits and socially backward citizens of India. Exactly 64 years ago, Dr. Bheem Rao Ambedkar, a great social reformer, a visionary, an educationist, politician and what not, passed away. The day is fondly commemorated  as Mahaparinirvan Diwas by his followers.

His sudden demise, at the relatively young age of 65, created a huge vacuum in emerging post-colonial constitutional India and left unanswered so many questions on how he would have carried forward this nascent journey of the country. Lakhs of people across India thronged Chaitya Bhoomi to pay homage to him.

Babasaheb Ambedkar has been a victim of reductionism practiced by mainstream media. As a result, his entire identity and life of public service has been reduced to being a ”Dalit Leader” or “Chief Architect of the Indian Constitution.” These reductionist attempts have obscured his contributions in the spheres of understanding caste, Hindu Social order, problems of Hindu women, Indian minorities, his contribution in the field of education, vision of nation building etc.

Two months prior to his death, on 14 October 1956, Babasaheb Ambedkar led some 500,000 followers to Nagpur to convert from Hinduism to Buddhism. This mass conversion was both unique and historic.

Speaking about the necessity of conversion, Ambedkar in a public address in 1935 said, “After giving deep thought to the problem, everybody will have to admit that conversion is necessary to the Untouchables as self-government is to India. The ultimate object of both is the same. There is not the slightest difference in their ultimate goal. This ultimate aim is to attain freedom. And if the freedom is necessary for the life of mankind, conversion of untouchables which brings them complete freedom cannot be called worthless by any stretch of imagination.”

Ambedkar described to his followers that how their struggle over all these years had failed to secure basic human rights and a life of dignity within Hindu society. He made this remark in the backdrop of failed public public agitation of untouchables demanding to drink water from a public reservoir and the Temple Entry Agitation at Kala Ram Temple in Nashik (1930-35).

Why was Nagpur chosen?
Nagpur had been one of the few places from where Buddhism spread in India. Ambedkar explained, “If anyone spread Buddhism, it was the Nag people. The Nag people were fearful enemies of the Aryans. A Fierce and fighting war went on between the Aryans and non-Aryans. Examples of the harassment of the Nags by the Aryan people are found in the Puranas. Agasti Muni helped only one Nag man to escape from that. We spring from that man. Those Nag people who endured so much suffering wanted some great man to raise them up. They met that great man in Gautam Buddha. The Nag people spread the teaching of Buagwan Buddha all over India. Thus we are like Nag people. It seems that the Nag people lived chiefly in Nagpur and the surrounding country. So they call this city Nagpur, meaning city of Nags.

He also refuted the claims of some people that Nagpur was chosen because R.S.S was headquartered there. Some people say that because the great batallion of the R.S.S. was here in Nagpur, we took the meeting to this city in order to lay them flat. This is completely untrue. This program was not brought here to Nagpur because of that. Our work is so great that even one minute in a lifetime cannot be wasted.” said Ambedkar.

Contrary to Marx, he subscribed to the idea that religion is a necessity in the society. For him religion is a necessity. Religion is necessary for people in distress. The poor man lives on hope. ‘Hope!’ The source of life is hope. If this hope is destroyed, then how will life go on? Religion makes one hopeful, and to those in pain, to the poor, it gives a message: “Don’t be afraid; life will be hopeful, it will be.” So poor and distressed mankind clings to religion.

Before converting to Buddhism on Mahaparinirvan diwas, Ambedkar tested every big and small, old and new religion available to Indians, probed all the texts and tenets of Hindus, Buddhists, Muslims, Sikhs, and Christians, and indeed made himself an entire career as a scholar of comparative religions alongside his enormously busy public life as a mass leader, a politician, and an intellectual.

Social justice was Ambedkar’s mission. He fervently believed that mere equality on paper was not sufficient. What was needed was de facto equality, real equality of opportunity for the millions who had been denied it. He cautioned Indians how to eradicate the conditions of persisting inequality and emerging inequality within this constitutional framework.

“In his own words, “On the 26th of January 1950, we are going to enter into a life of contradictions. In politics we will have equality and in social economic life we will have inequality. In Politics we will be recognizing the principle of one man-one vote and one vote one value. In our social and economic life, we shall, by reason of our social and economic structure, continue to live this life of contradiction? How long shall we continue to live this life of contradictions? If we continue to deny it for long, we will do so only by putting our political democracy in peril. We must remove this contradiction at the earliest possible moment or else those who suffer from inequality will blow up the structure of political democracy, which…”The second thing we are want is recognition of the principle of fraternity. What does fraternity mean? Fraternity means a sense of common brotherhood of Indians-if Indians being one people. It is the principle, which gives unity and solidarity to social life. It is difficult thing to achieve”