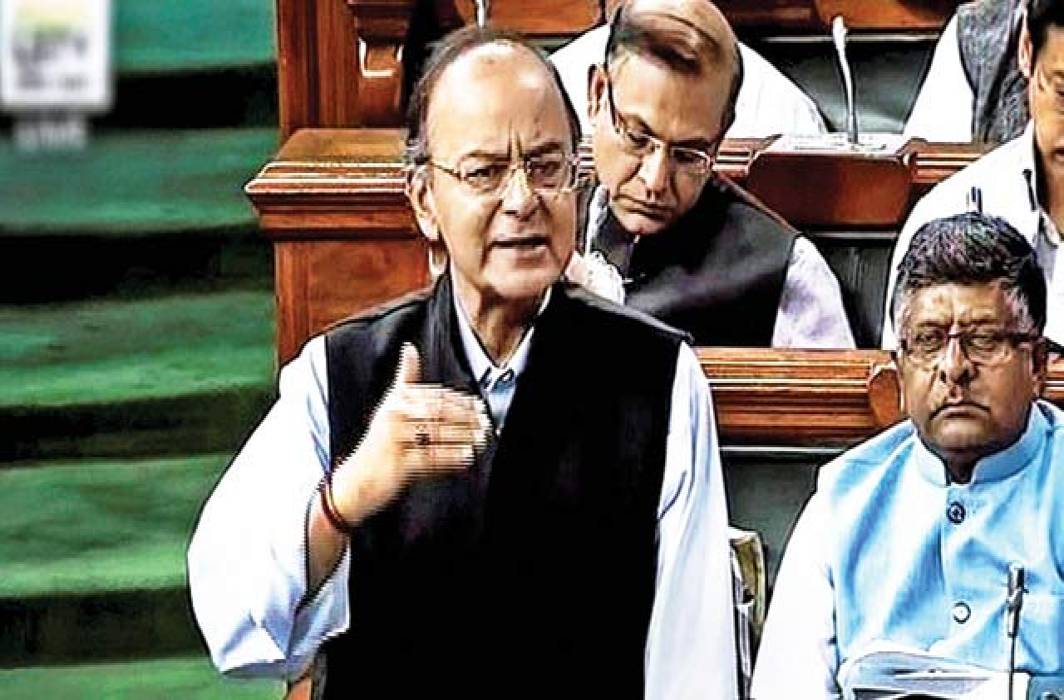 With consensus evading on the passage of the Bill, Opposition likely to force Centre on sending the legislation to a Rajya Sabha select panel

For a second day in a row and with just one sitting of Parliament’s winter session left, the Rajya Sabha failed to discuss the controversial Muslim Women (Protection of Rights on Marriage) Bill on Thursday.

With the Opposition demanding that the Bill, which was passed by the Lok Sabha last week, be sent to a select committee of the House for further discussions and the Centre insisting that it be passed, Rajya Sabha deputy chairman PJ Kurien was forced to adjourn the House proceedings.

The curtailed winter session of Parliament is scheduled to end on Friday. With no consensus between the Treasury and Opposition Benches on the fate of the Bill that seeks to make instant triple talaq a cognizable offence punishable with a three year jail term, it is now becoming increasingly evident that the legislation may not be enacted into a law within the winter session.

Sources said that the government, which finds itself in a minority in the Rajya Sabha, may finally be forced to concede to the Opposition’s demand for referring the Bill to a select committee of the House. In such an eventuality, the select committee will have to present its report on the Bill before the Budget Session of Parliament, thereby delaying the enactment of the Bill by at least another 3 months.

On Friday, the Bill had been listed for consideration and passage by the Rajya Sabha. However, sparring members of the House from the Treasury and Opposition Benches failed to end the continuing logjam over the legislation.

At around 5 pm Rajya Sabha deputy chairman PJ Kurien allowed Leader of the House Arun Jaitley to make a statement on the two motions moved by Opposition members Anand Sharma and SS Ray which had sought the Bill be referred to a select committee.

While Jaitley claimed that the motions had been moved in violation of parliamentary norms – arguing that a 24 hour notice for moving the motion had not been submitted by the members and that they had only partly listed the proposed members for the panel without naming anyone from the Treasury Benches, both Sharma and Ray refuted these charges.

Sharma and Ray asserted that they had been permitted by Rajya Sabha chairman Venkaiah Naidu to move the motion – a point accepted by Kurien – and that while they had not proposed names of members from the Treasury Benches for the panel, they had made it clear in the House while moving the motion on Wednesday that the government should propose names from its end. Ray even claimed that they he had asked the Centre to suggest names for the select committee but that his request was went unanswered. Trinamool Congress MP Derek O’Brien immediately got up to claim that Ray’s submission had exposed the BJP.

Kurien claimed that he has accepted the motion moved by Sharma and Ray while also taking into account the reservations expressed by Jaitley but since there was no consensus in the House on whether the two motions can be moved or not, parliamentary rules did not permit him to allow a discussion on the Bill.

The Rajya Sabha deputy chairman then tried to move to the next order of business – a resolution moved by Congress MP T Subbarami Reddy against the Goods and Services Tax (Compensation to States) Amendment Ordinance, 2017 – but the ruckus created by MPs from the ruling and Opposition camps over his decision to not allow a discussion on the Bill forced him to adjourn the proceedings till Friday.

The judgment was pronounced by a single-judge bench led by Justice Vibhu Bakhru on the appeal against the order of the trial court which had convicted the appellants for the offences punishable under Section 109 read with Section 376 of the Indian Penal Code.
Read more

The counsel for the petitioner states that the candidate satisfies all needed criteria under the advocate's act, 1961, and there is no specific rule in Bar Council of India to bound the enrollment of the petitioner.
Read more