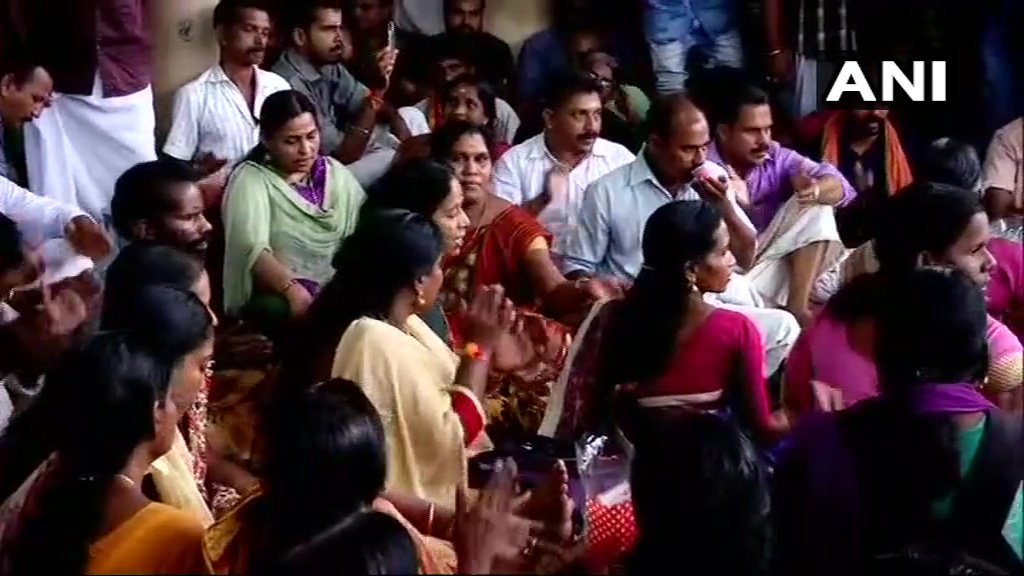 The management of the Kochi airport, which was virtually under siege today after women’s activist Trupti Desai landed there early this morning, has started making moves to ensure that she leaves as early as possible so the airport could return to normalcy.

Operations at the airport, the sixth busiest in the country that handles over 200 flights and more than 30,000 passengers every day was sent topsy turvy after thousands of Ayyappa devotees ringed it to ensure that Desai was not allowed out of the airport. She was one her way to Sabarimala to fulfill her vow of praying at the Sabarimala temple. A top official of the Cochin International Airport Limited (CIAL) that manages the airport said that the protest had affected the passengers and flight services in the airport. He even asked the police to take her away from the airport.

There are reports that the state government has also started moves to cajole Desai and her colleagues send her back to her state. The government is learnt to have persuaded her to return to her state in the light of protest demonstrations going on in front of Cochin airport terminal.

The president of the Devaswom board that runs the temple, Padmakumar said that Desai is an activist and the government should make its stand clear on Desai and her team. He said it would be better for her to go back. Minister Kadakampally Surendran made similar comments. He even went to the extent of saying that Trupti would return if Congress-BJP leaders demanded.

Trupti Desai and her team of young women who landed in Nedumbassery airport at 4:30 am today (Friday) are stranded there as protesters including BJP-Hindu Aikyavedi activists, swelling in numbers, have been squatting in front of the terminal since.

No body including the police was ready to arrange transportation for Trupti. Drivers of pre-paid/online taxis said they were not willing to take the risk of getting attacked while taking her out in their vehicles.

Meanwhile, Desai told officials who went to persuade her to return that she would not go back without visiting Sabarimala temple. If the police were not ready to provide her protection she would go to Sabarimala using her own means, she said.