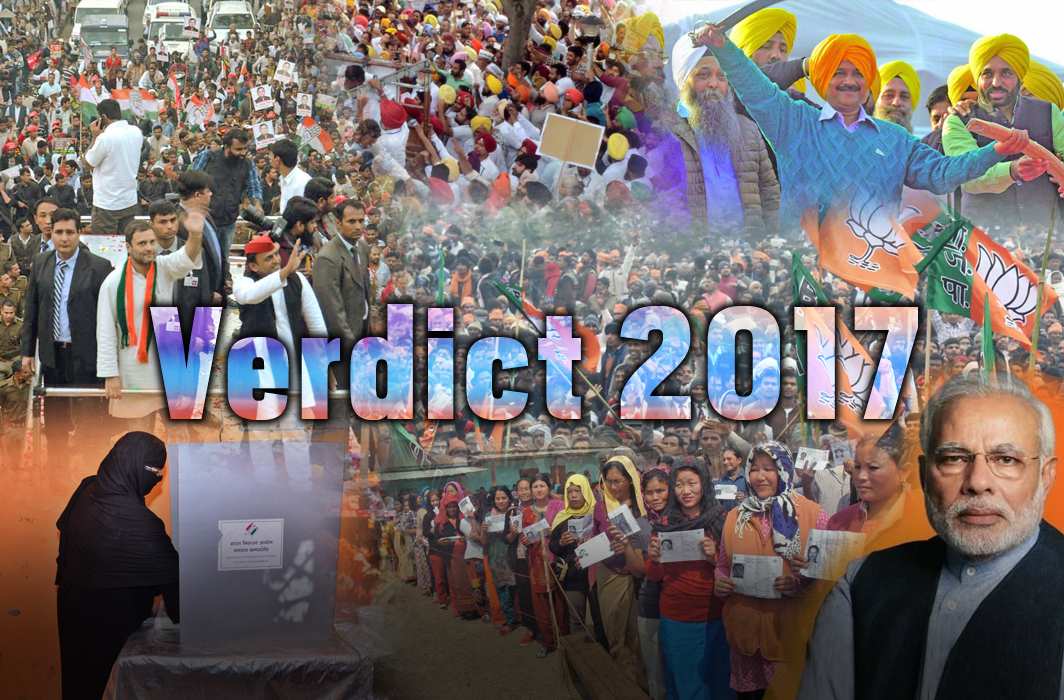 The colour of Holi this year is just one: saffron. So it seems as the Uttar Pradesh results started coming in. all exit polls, as usual were proved wrong in t his state, with the BJP now ahead in 295 seats, having already won one.

CM Akhilesh Yadav’s SP is leading in a paltry 58, Congress in just 8 and Mayawati’s BSP in 21.

The wave was not expected. Or maybe it was. Uttar Pradesh has been saffronised.

The BJP seems ready to cross the huge 300-303 mark, which will give it total control over the state.

Siddharath Nath Singh is leading from Allahabad West with a margin of 40568 votes.

Surya Pratap Sahi is leading with a margin of 30000 votes

Surendra Rajput, Congress spokesperson: “It’s Modi’s win and congrats to him for that. But we expect that he will fulfill the promises that he has made, not indulge in jumlas. We do alliances for something constructive. It’s up to the voter to give a stamp of approval on it.”

Anila SIngh: “The way corruption has become rampant. It’s important to open files to set example. this was our promise. To give them a transparent government.”

Voters of India have risen above caste, religion and other factors. People have reposed their faith in Modi. It is a new India: MoS Jitendra Singh. The message is at multiple levels

Akali Dal chief Sukhbir Singh Badal is ahead of AAP’s Bhagwant Mann by over 10,000 plus votes.

The anti BJP forces were not in the picture with only the Congress still the major force against.