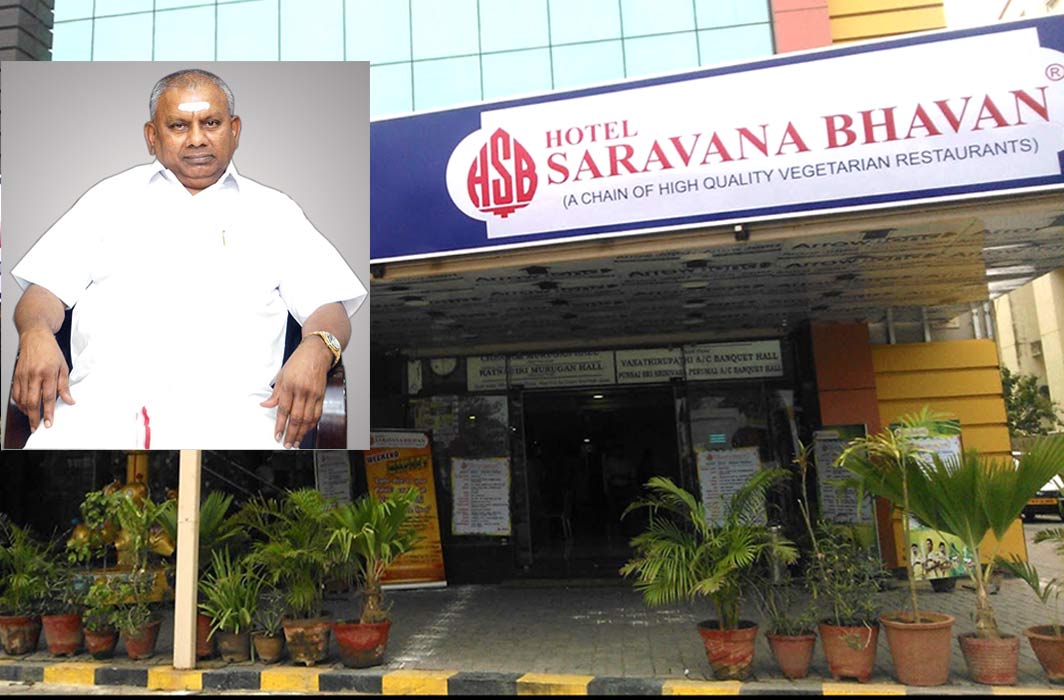 Dies the owner of the popular Saravana Bhavan chain of restaurants died on Thursday in hospital a week after he surrendered to serve a life sentence for murder.

It was only on July 10 that the 72-year-old Rajagopal had arrived in an ambulance with an oxygen mask strapped to his face after the Supreme Court turned down his request to delay his sentence on medical grounds. He had been admitted to a private hospital after his surrender.

Rajagopal was convicted to ten years rigorous imprisonment by a sessions court for the abduction and murder of a man named Prince Santhakumar in 2001. Rajagopal allegedly wanted to marry Jeevajyothi, Santhakumar’s wife, based on the advice of an astrologer. Despite Jeevajyothi’s resistance, Rajagopal continued to pursue and harass her and her husband.

Rajagopal had started Saravana Bhavan, a chain of vegetarian restaurants, in Chennai in 1981. From one outlet in Chennai, Saravana Bhavan hotels are now spread in over 15 countries across the world..