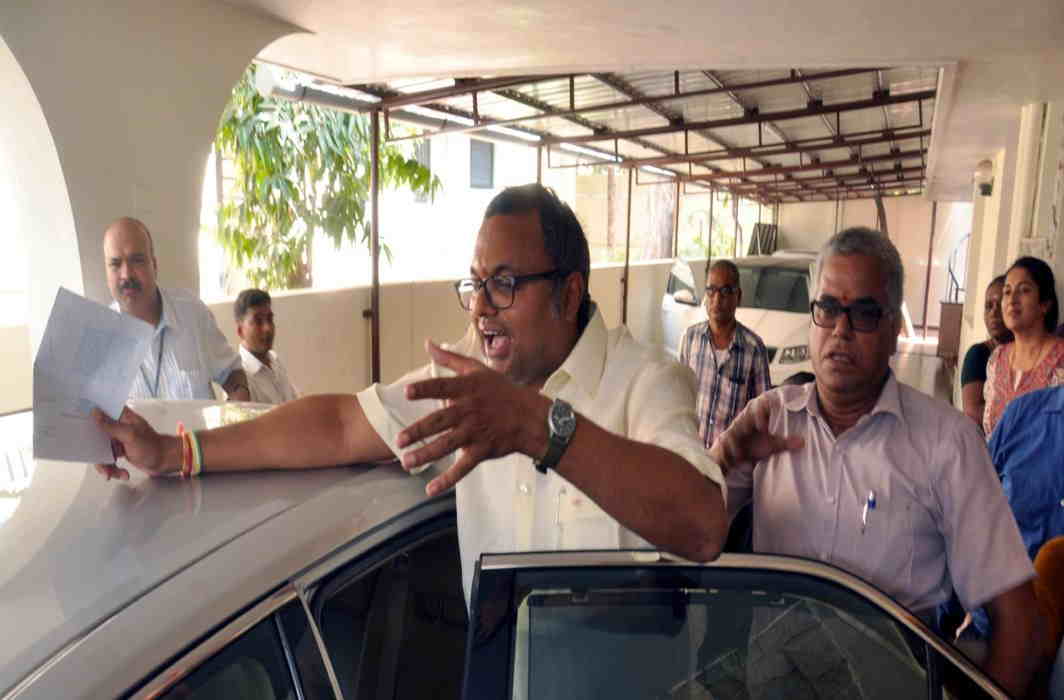 The Supreme Court on Friday permitted Congress MP Karti Chidambaram to travel abroad to the UK and France for attending a tennis tournament while directing him to deposit Rs 10 crore with the court’s registry as a condition.

The order was passed by a bench of Chief Justice SA Bobde and Justices BR Gavai and Surya Kant on a plea by Karti, who along with his father and former Union finance minister P Chidambaram, is facing Central Bureau of Investigation and Enforcement Directorate probes in the INX Media and Aircel-Maxis cases.

The court allowed Karti, a tennis enthusiast, to travel abroad between February 14 and 28 after making the Rs 10 crore deposit as a condition that he would return to the country and cooperate with the investigation.

On January 17, the apex court had allowed Karti to withdraw Rs 20 crore deposited by him with the court’s registry for being allowed to travel abroad.

Last year, the court had granted Karti permission to travel to foreign countries after depositing Rs 10 crore each respectively with its secretary-general.

The relief to Karti was granted by the court after Solicitor General Tushar Mehta submitted that ED had no objection to his petition to withdraw the amount since he has returned.

The condition to make the deposits was imposed on Karti after ED had opposed his plea to visit foreign countries.

Karti has been questioned on several occasions in the INX media case in which both ED and CBI are probing how he managed to obtain clearance to the tune of Rs 305 crore from the Foreign Investment Promotion Board (FIPB) in 2007 when his father was the finance minister.

The Aircel-Maxis cases relate to clearances that FIPB granted to the firm Global Communication Holding Services Ltd for investment in telecom company Aircel in 2006. P Chidambaram as the finance minister, and  Karti had allegedly facilitated the payment of bribes in the Aircel-Maxis transaction.