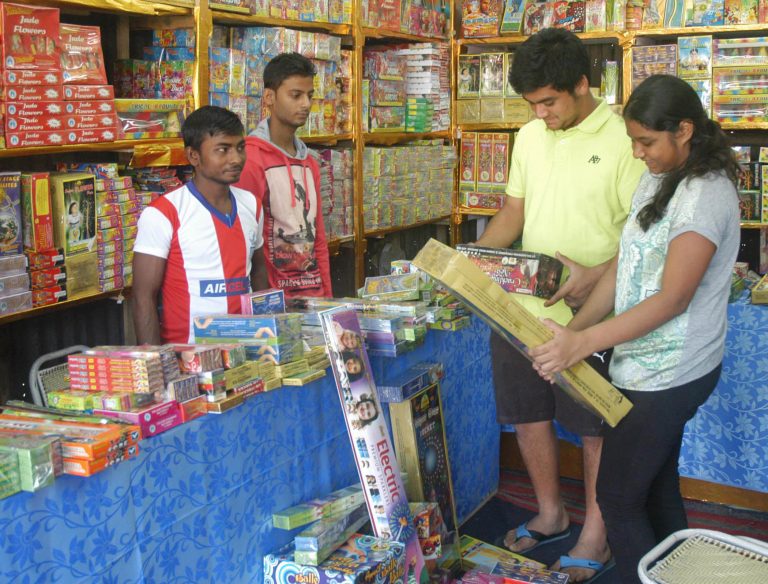 The 2017 festive season in the Delhi capital region will be a quieter one. Ten days before Diwali the Supreme Court bench of Justices A K Sikri and Ashok Bhushan on Monday (October 9) banned the use of firecrackers in Delhi-NCR till November 1. This has been done keeping in mind the massive air pollution that firecrackers create in the Capital region and the effect of it on people, especially on children.

On Monday the court completely clamped down on any leniency. It ordered as follows:

“We have not changed the order dated September 12, but we will give one chance on the earlier order of November 2016.” The apex court observed that it has to “keep in mind the demand of society and law regulations also.”

The court mentioned that it has also considered senior advocate C Aryam’s argument that pollution is caused by the other states also.

The court referred to the CBCP report in which “we see that Sulphur was causing the air pollution”.

The court ordered that “it is a ban on fire crackers till November 1”. It also said that the order passed on September 12 by Justice M Lokur will take effect after November 1.

On September 12 another apex court bench headed by Justice Lokur had modified its November 2016 order suspending all licenses to sell firecrackers, and allowed manufacturers and retailers to sell, if they complied with the court’s directives as well as with the explosives rules.

At that time that bench had observed that a complete ban would be an “extreme step”. That bench had observed: “…the health of the people in Delhi and in the NCR must take precedence over any commercial or other interest of the applicant (pleas by manufacturers and retailers) or any of the permanent licensees and, therefore, a graded regulation is necessary which would eventually result in a prohibition.”

That bench had also observed that this relaxation would need a review after Diwali, and this will depend on the air quality at that time.

In relaxing the sale, the court had set a maximum number of temporary licences in the region to 500 which was half of what was allowed in 2016. It also took into consideration a submission that 50 lakh kg of fireworks were already available in the region. The court said that was enough for Diwali and Dussehra and said that no more should be imported into the region.