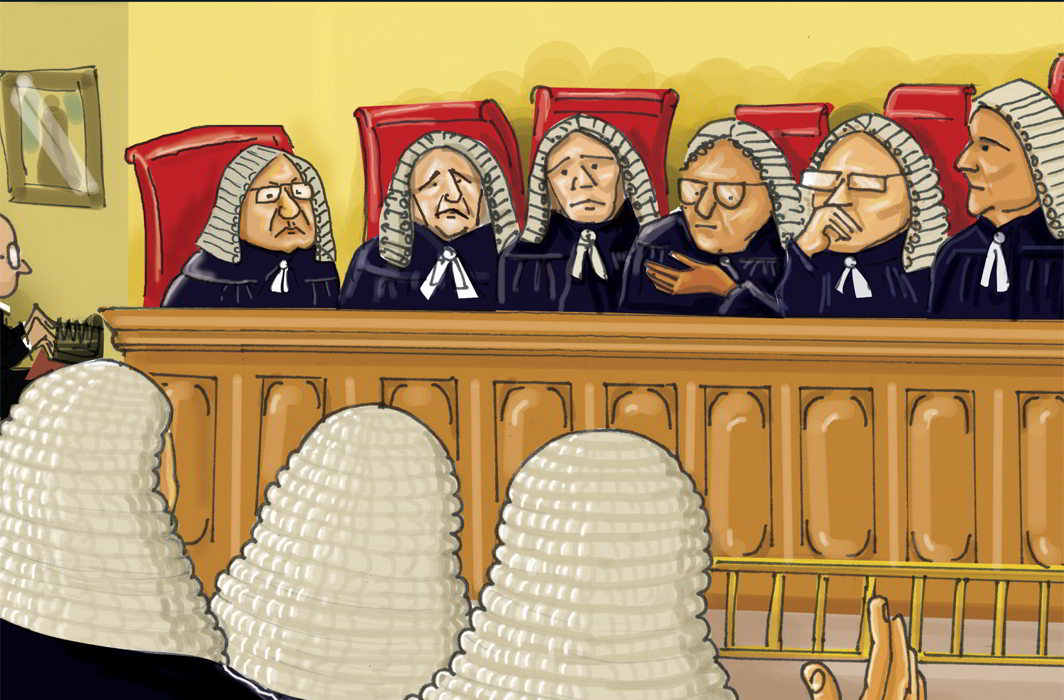 A Supreme Court bench of Justices Rohinton F Nariman and Sanjay K Kaul has proposed that articulations by a certain number of judges should have a bigger bearing than the nominal strength of a bench that delivers a judgment on the subject at a different time.

The question was, if a five-judge bench decides unanimously on a subject, can this be overturned by a seven judge-bench in which only four judges agreed to the previous decision? Currently, rules set by the apex court gives prominence to the decision of the seven-judge bench.

The issue case up while a bench was deciding on a batch of taxation cases. As pointed out, the case involved two lines of judgments by two benches of the apex court.

“Has the time come to tear the judicial veil and hold that in reality a view of five… judges cannot be overruled by a view of four… judges speaking for a bench of seven… judges? This is a question which needs to be addressed and answered,” observed a bench of Justices Rohinton F Nariman and Sanjay K Kaul.

Article 145(5) of the Constitution envisages majority opinion as the law. But Justices Nariman and Kaul have referred the issue to a larger bench and have requested the Chief Justice of India (CJI) Dipak Misra to create an appropriate bench to review the article.

According to the sources, a Constitution bench of five judges will now decide the matter.

In the referral of the matter to the CJI, the Justices cited the identical issues queried by Justice Madan B Lokur in the judgement of the National Judicial Appointments Commission (NJAC) case.