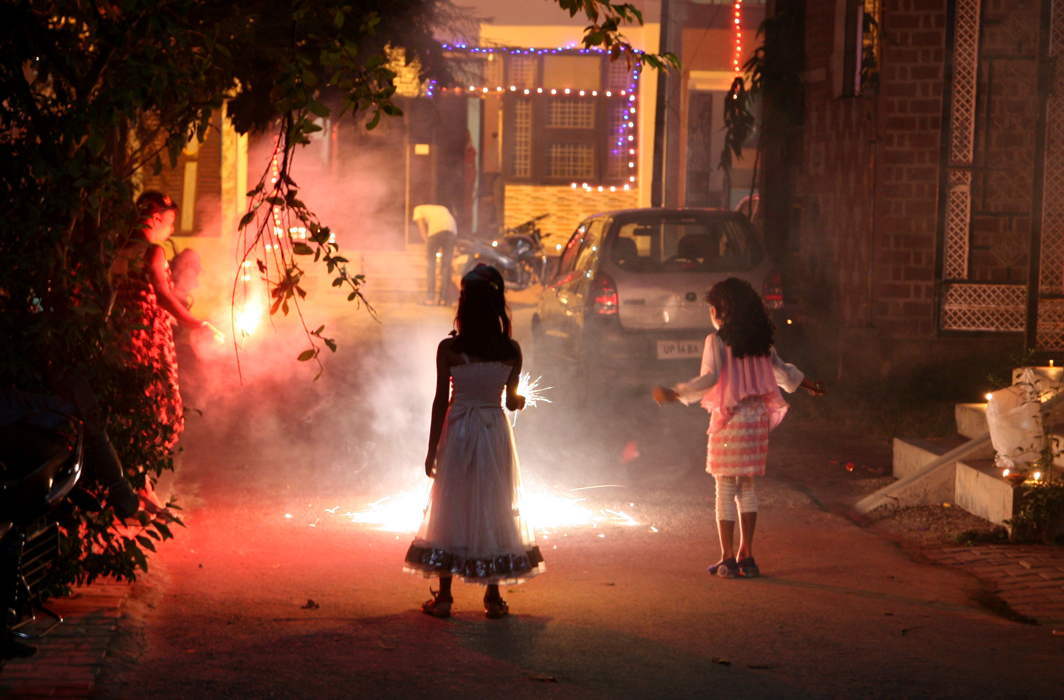 In a limited victory for citizens, particularly those residing in Delhi and the NCR, at a time when air pollution levels across the country are touching alarming levels, the Supreme Court, on Tuesday (October 23) issued a slew of restrictions on bursting of fire crackers while refusing to grant a complete ban on their sale.

The order of the apex court that comes just weeks ahead of Diwali also puts a complete ban on the sale of fire crackers through online portals. It says further that on Diwali citizens can burst crackers only between 8 amd 10 pm while on Christmas and the New Year’s Eve the designated time frame would be between 11.45 pm and 12.45 am.

The order by a Supreme Court bench of Justices AK Sikri and Ashok Bhushan came against a bunch of petitions, including one filed by minors Arjun Gopal, Aarav Bhandari and Zoya Rao Bhasin (all aged below four years) through senior advocate Gopal Sankaranarayanan, which had sought a complete ban on the manufacturing, transportation and sale of fire crackers.

Directing that only “green crackers” (those that cause less pollution) may be sold, the top court also said that bursting of crackers must be allowed only in designated areas.

The bench had reserved its verdict on the PILs on August 28 following elaborate arguments which saw Chairman, Centre for Chest Surgery & Lung Transplantation, Sir Ganga Ram Hospital and chief of Lung Foundation Dr. Arvind Kumar make a passionate appeal before the judges in favour of banning fire crackers completely. Dr Kumar had placed on record graphic images of lungs of his patients, and explained to the court how, “everyone had turned a smoker” because of the high level of air pollution. He had established that the spike in air pollutants during Diwali, primarily due to bursting of fire crackers, could turn fatal for people with lung conditions.

Standing counsel for the Central Pollution Control Board, Supreme Court advocate Vijay Panjwani, who had supported the appeal for a complete ban on fire crackers during the court proceedings told reporters after the apex court’s verdict that though the “order is not very strict, it will regulate the sale and use of crackers to some extent”.

“All state pollution control boards and the Central Pollution Control Board will measure particulate matters (PM) 2.5 and 10 in the air seven days ahead of Diwali and seven days after Diwali,” Panjwani said.