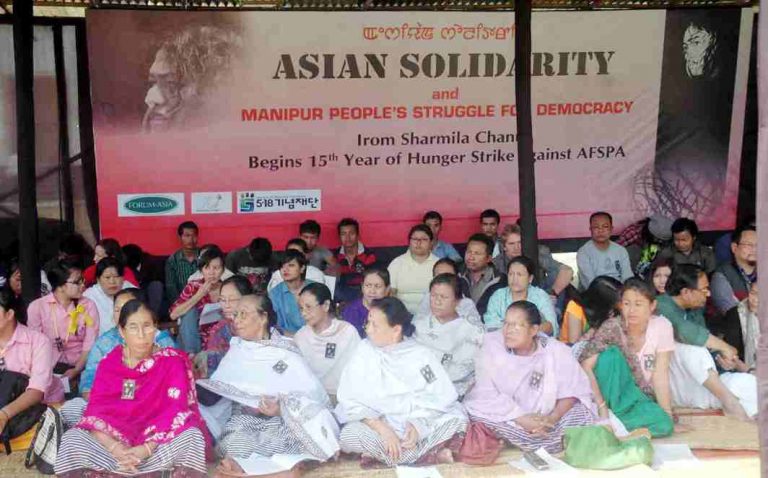 Above: There have been several protests against AFSPA in Manipur. Photo: UNI

The Supreme Court on Friday (July 14) enforced the law of the land on Manipur by ordering CBI probes into several cases of extra-judicial killings or fake encounter killings, including those associated with the armed forces, enjoying immunity under the Armed Forces (Special Powers) Act.

While hearing a PIL that sought investigation as well as compensation in such alleged killings, the apex court bench of Justices Madan B Lokur and UU Lalit ordered the probe. The probe will have the scope of looking into 1,528 alleged extra-judicial killings between 2000 and 2012 carried out by the forces, including the police.

The matters in hand with the bench are 35 related to commission of inquiry and 37 cases of judicial inquiry or high court matters.

The bench also said that it will monitor the progress of the investigations. The CBI has been given time till January 2018 to file its report before the court. The court also asked the CBI director to constitute a team within two weeks.

There are also 23 cases that were being investigated by the National Human Rights Commission (NHRC). There are, in all, 265 cases. All cases will be segregated, as per which unit it refers to: the Army, Assam Rifles or the police.

In late April, the apex court had diluted much of the forces’ immunity when it ordered that there has to be a mandatory FIR filed for every “encounter” death, even in designated “disturbed areas” which are under the AFSPA. This was not the practice.

The government did object. A delegation from the Union government (excluding their officers) had met Chief Justice JS Khehar and Justices Dipak Misra, J Chelameswar, Madan B Lokur and UU Lalit in the CJI’s chamber. But the government’s appeal was rejected. The government had appealed that such a blanket order could hamper efforts at ensuring peace in the disturbed areas and would strike a blow to the morale of the security forces.

The government’s argument had said: “The Indian Army has to, in given circumstances, take quick decisions which cannot be dissected later on like an ordinary murder appeal. In other words, the scope of judicial review against active military operations cannot be on the same parameters as in other situations. Therefore, action taken by Army during operations cannot be put to judicial scrutiny.”

Friday’s order of CBI probes brings the high and mighty down to earth.