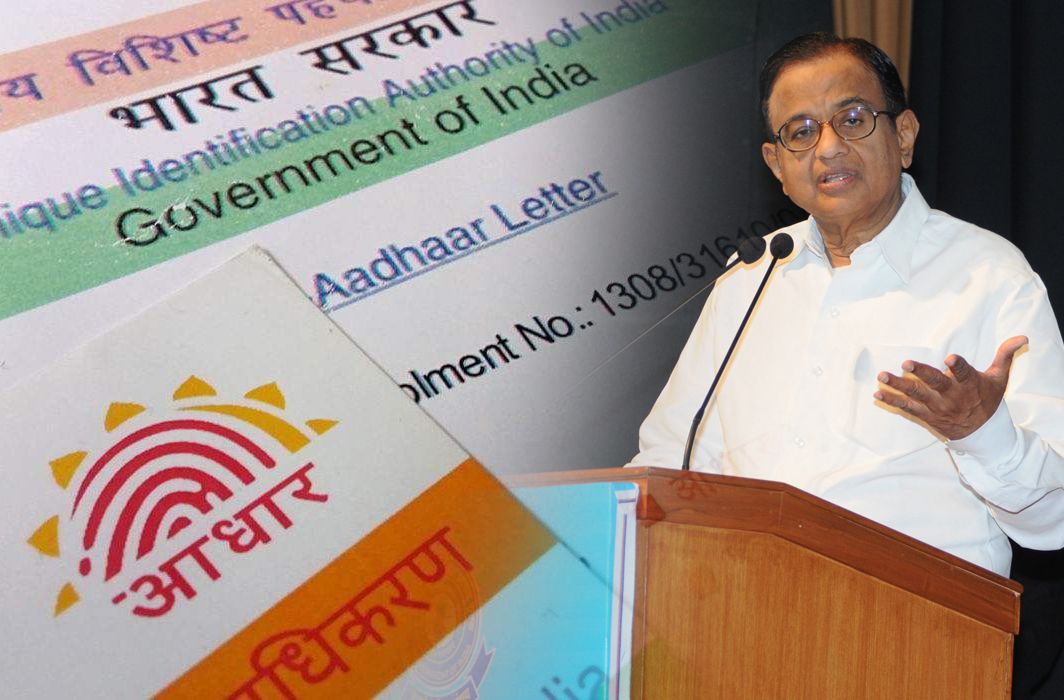 Senior Counsel P Chidambaram carried on from where he had left off on the last day in his submissions before the Constitution bench on Tuesday (March 13) in petitions challenging the constitutional validity of Aadhaar and its linkages. The bench of Chief Justice Dipak Misra and Justices A K Sikri, A M Khanwilkar, D Y Chandrachud and Ashok Bhushan heard the submissions.

The important news of the day, however, was that the bench on Tuesday revoked the March 31 deadline for mandatory linking of Aadhaar with bank accounts, mobile phones and several other services. This ban will stay till bench gives its judgment on the petitions.

The court, however, said that its interim order on not insisting on Aadhaar leaves an exception, for giving subsidy. That will stay in force till the case is decided.

The court said that the government cannot insist on mandatory linking of Aadhaar even for the issuance of Tatkal passports.

The bench had indicated earlier that it may not be possible to decide on the petitions by March 31.

Last week, Attorney General KK Venugopal had told the bench that the government was open to extending the deadline.

On Tuesday, Chidambaram started by referring to the 1994 judgment, a decision of the constitutional bench on judicial accountability.

Another 1994 judgment was referred to, specifically paragraph 90 of the judgment and he submitted that article 356 is always judicially reviewed. He said the position is very clear after the 44th constitutional amendment. The judicial review is not barred within the presence of the provision. Even in the matter of proceedings, the provisions of the constitution are mandatory and binding in nature, said Chidambaram, reading out from the 1994 judgment.

As per paragraph 366 of the judgment, the substantial irregularities cannot be protected by the provisions of the constitutional provisions. He said that it is always expected that Parliament shall always exercise its powers in a manner prescribed in the constitution.

The extent of the judicial review with respect to parliamentary matters is under Article 122 and 212, he said. Procedural irregularities have to be to checked. Judicial review is the ability to test the activities of parliament. “Parliament is not God that it cannot make mistakes,” he said.

“Para 393, in the concept of article 122, a mere irregularity cannot be a ground for challenge. It can be challenged on the grounds of illegality. It, thus, has a limited scope,” he said. “Such decisions have immunity and do not fall within the jurisdiction of any court.

The Mohd Siddiqui decision of the 3-judge bench is referred to. It is a 2014 judgment. It concerns a money bill. That is in paragraph 21 of the judgment. Chidambaram emphasized the amendment act and not the parent act.

“The validity of the act cannot be challenged on the ground of article 192 based on the procedure laid down in article 202,” he said. “Besides, the question of whether a bill is a money bill or not, can be raised only in the state legislature and that too, by a member of the state legislature.

“Article 197-199 is a money bill. Its validity cannot be challenged on the grounds established under article 202.

Article 199 is certainly not a procedural provision,” he said. A decision of Yogeshwar Jaiswal, 2016 was referred to.

It was about introduction of a money bill, and the same issue of irregularity or illegality. Article 199 defines money bill. “Relying on article 199, the concerned act had barely  any connection with the money bill,” he said. “The impugned order was illegal and unconstitutional, in the above case.”

“The biggest practical difficulty arises in deciding whether a bill is a money bill or not. Unless the matter is a subordinate matter, it is not a money bill,” said Chidambaram. Then he read out the definition of a money bill. “On Page 227, just because there is a provision that provides for a money bill, it doesn’t make it a money bill. The funds from the consolidated fund of India has to be spent in the matter agreed upon and then only it shall be a money bill.

Then he came to the main part, Section 8(4), that of authentication. “Section 23, specifies the use of Aadhaar number. The problem arises with the clause ‘other purposes’. It would have been fine if it was only for trade purposes and granting services and subsidies,” Chidambaram pointed out.  “Section 54(2)(m) is about power of authority to make regulations. Here also, ‘other purposes’ has been mentioned. Three provisions of this bill (UIDAI bill, 2016) shows that it goes beyond article 110, hence it’s not a money bill; instead it’s a financial bill.”

Then he referred to Australian Constitution provisions which are 53, 54 & 55. “By introducing three provisions, they have taken away the right of Rajya Sabha by these alien provisions,” he said.

K V Viswanathan said: “I don’t want to sacrifice section 7 on account of section 58.” He said that Section 7 is unconstitutional on all three facets: collection, storage and use. He submitted that he was arguing for higher administrative oversight in collection. There is an invasion of art 14, 21 and privacy , he said.

It is in larger public interest, he said. One of the aspects of his submissions is the validity of section 59, “the validity clause”, he said. “I don’t want to sacrifice section 7 on account of section 58. The burden of 21 is on the state to prove.”

Section 59, which is a saving clause, was referred to. This talks about declaration of legal consequences.

Justice Chandrachud said: “Certain legislative facts have to be seen. Section 59 of the act has no retrospective effect. This law was drafted on assertion of the Union that privacy was not a fundamental right under Article 21.”

Viswanathan said: “There is no right to privacy under article 21 in the Puttuswamy Case (the current case). Section 59 is invalid and unconstitutional as pre-2016 there was no consent to be taken while enrolling.”

At that point senior counsel requested the bench that the deadline for linking of Aadhaar be postponed. Datar asked for another 30 days. This was about a passport. An extra book of a passport was cancelled because Aadhaar card was not produced. Datar said the passport was already valid till 2022, only an extra book was to be issued for visa purposes.

Venugopal said that the scheme has no flaws and even for issuance of another passport copy, Aadhaar is required.

However, Justice Sikri said that the scheme is clear only on the point of Tatkal passports and not in this case.

The CJI said the issue is of presence of Aadhaar card for the purposes of passport.  That was when the court passed an interim order.