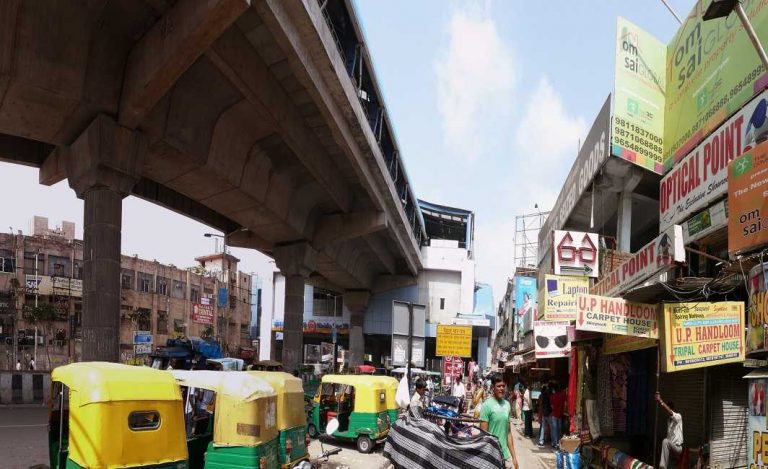 Above: The picture of Noida’s Sector-18 — portion of which illegally handed out. Photo: chasingthemetro.wordpress.com

Their conviction arose from a PIL which alleged illegalities in the allotment and conversion of land plots. The complaint had said that many people had been initially allotted plots at various locations, but ultimately got bigger plots, that too in better locations, when conversion and payment of charges took place. Yadav was convicted for allotting Flex Industries, owned by Ashok Chaturvedi, an industrial plot in Noida in 1995 when she was the chairman of the Noida.

Yadav had also dabbled in politics, joining the BJP ahead of the 2009 parliamentary polls in the presence of the then BJP national president Rajnath Singh. This cover, however, came to no avail when the scam was uncovered around the 1971-batch IAS officer.

The PIL filed by the Noida Entrepreneurs’ Association in 1997 carried allegations of large-scale corruption in the allotment of land in different sectors and in commercial Sector 18 during Yadav’s tenure as the CEO and chairperson of the authority.