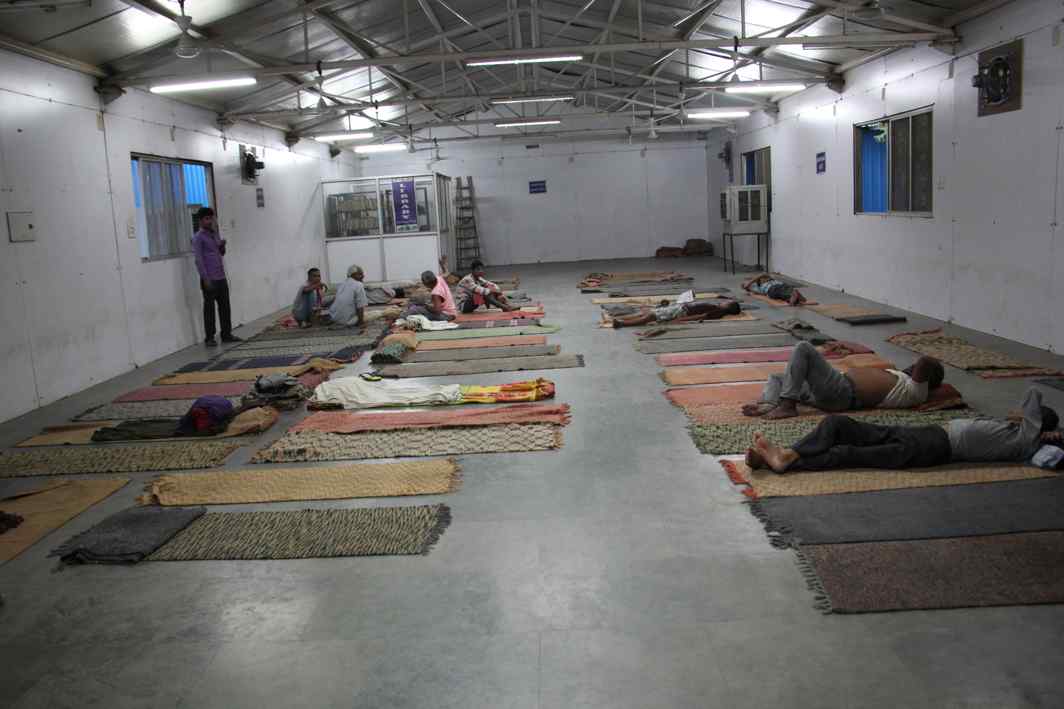 Above: A shelter home for the homeless people in Kashmere Gate, Delhi. Photo: Bhavana Gaur

The Supreme Court bench of Justices Madan B Lokur and Deepak Gupta on Wednesday (September 13) asked details on how the Rs 2,000 crore sanctioned by the Central government for building of shelters for the homeless in different parts of the country were utilized.

The bench is hearing a PIL in which it has been claimed that while this huge amount of money has been sanctioned by the government, hardly any shelter as prescribed has been built. The PIL has been filed by an advocate practicing in Supreme Court with regard to the safety of roadside dwellers.

The court had issued notice and impleaded all the states in the PIL and directed the status report  stating  therein  the number of homeless persons, number of shelters provided  at  present and further action which the  government  of  each  state  and  union territory proposes to take to provide shelter to  those  who  do  not have any even today.

In the last hearing senior advocate Prashant Bhushan had submitted a chart on the basis of a National Legal Services Authority (NALSA) report. NALSA has made the report based on information from state legal services authorities. The National Urban Livelihood Scheme recommends one shelter home of 100 people for a population of a lakh. In UP 200 shelter homes were required but there are none. Maharashtra requires 400 and only 29 have been sanctioned.

Bhushan had demanded that the apex court must call the chief secretaries of the states and ask what has happened to the Rs 2,000 crores sanctioned by the Central government. He said the Supreme Court has not yet cracked the whip. “Shelter is a fundamental right. The Union affidavit dated of December 31, 2015 states that Rs 2,185.50 crores have been disbursed to the states. Uttar Pradesh received Rs 180 crores and there is no information yet on the number of shelters built.”

On Wednesday the bench asked for details on the utilisation of the funds. Solicitor General Ranjit Kumar, appearing for the Union on India submitted that they have already formed committees, at state as well as all district levels.

The bench ordered that the Central government has to file a report answering some questions. The questions are:

The next date of hearing is October 13.