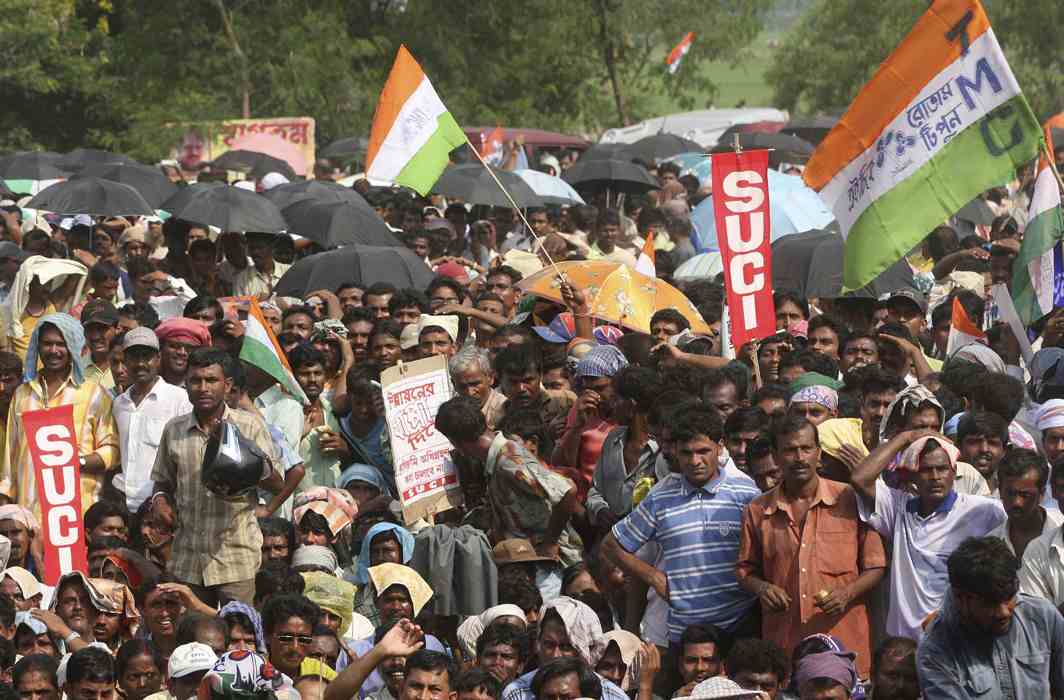 Singur agitation (above): The value of land remains indeterminable

In the Vithal Rao and Ors. Vs The Special Land Acquisition Officer case, the Supreme Court on July 7 made a landmark observation that can act as a precedent for future determination of land value in a land acquisition process and how a value can be arrived at for such acquisition in the absence of previous large land sales in the area.

Arriving at a price point has remained a tricky proposition in all land acquisitions either by governments or other wings/departments of governments. With no standard to go by, this has often led to large scale protests/agitations that have stymied developments in the past, especially in areas where there has been little or no precedent to fall back on. Also, when land is not developed, it would be necessary to deduct a certain percentage for the development process from the overall value. The court has also addressed this.

The Supreme Court was dealing with appeals filed by land owners against the order passed by the high court of Karnataka, whereby the high court allowed appeals in part and modified an award dated of August 24, 2012 passed by the Court of Senior Civil Judge, Mudhol. The high court had re-determined compensation at Rs 13,93,920 per acre as against Rs 6,75,000 per acre with all statutory benefits as envisaged under Section 23 of Land Acquisition Act, 1894.

How was this value arrived at?

The court in several cases has also laid down that, “while determining true market value of acquired land and especially when acquired land is a large chunk of undeveloped land, it is just and reasonable to make appropriate deduction towards expenses for development of acquired land.

“It has also been held that, while determining market value of a large chunk of land, value of smaller pieces of land can be taken into consideration after making proper deduction in the value of lands and when sale deeds of larger parcel of land are not available.”

The judgment further says: “This court has also laid down that, a court should also take into consideration potentiality of acquired land apart from other relevant considerations. This court has also recognized that courts can always apply reasonable amount of guesswork to balance equities in order to fix a just and fair market value in terms of parameters specified under Section 23 of Act.

“In present case, land acquired in question is a large chunk of land (30 acres approx.). Purpose of acquisition is ‘Establishment of Rehabilitation Centre’. It is situated within municipal limits. It’s one side is abutting main district road (MDR). It is not fully developed.

With the basic value of a land at hand, the court then goes on to adjust it against future cost of development.

“Since, acquired land is not fully developed and it requires for construction of rehabilitation centre, it would be just, fair and proper to deduct 40 percent of amount towards development charges out of average price worked out. Such deduction is permissible in law. Impugned order is modified to extent that, Appellants are held entitled to claim compensation for acquired land at rate of Rs 60 per sq ft. As a consequence, Appellants are held entitled to claim all statutory compensation accordingly.”

This is the framework for future reference, though the development deduction might still face challenges. Also the “guesswork” angle could face challenges, because that remains open to interpretation.