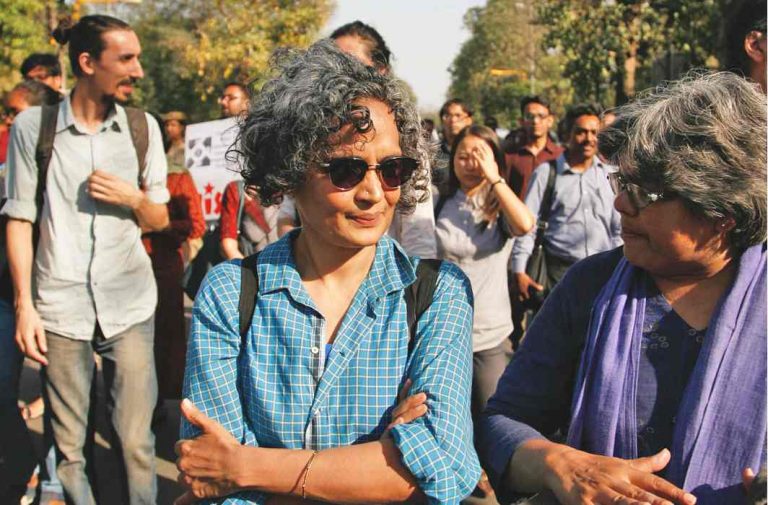 The Supreme Court on Monday provided Booker Prize winning author and activist Arundhati Roy a breather when it stayed the criminal contempt proceedings against her, initiated in 2015 by the Bombay High Court.

The case, being heard by the Nagpur bench of the Bombay High Court, refers to a 2015 article by her in Outlook magazine. In the article, she had criticised the Nagpur bench for refusing bail to Delhi University professor GN Saibaba.

As per reports, Justice AB Chaudhari of the Nagpur bench had observed: “Calling the government and police as being ‘afraid’ of the applicant, ‘abductor’ and ‘thief’, and the magistrate from a ‘small town’, demonstrate the surly, rude and boorish attitude of the author in a most tolerant country like India.

“The author has even gone to the extent of scandalising and questioning the credibility of the higher judiciary by giving examples of the orders of bail granted to Babu Bajrangi, Maya Kodnani and Amit Shah,” the judge had said.

In 2014, Saibaba was arrested for his alleged links with Maoists.