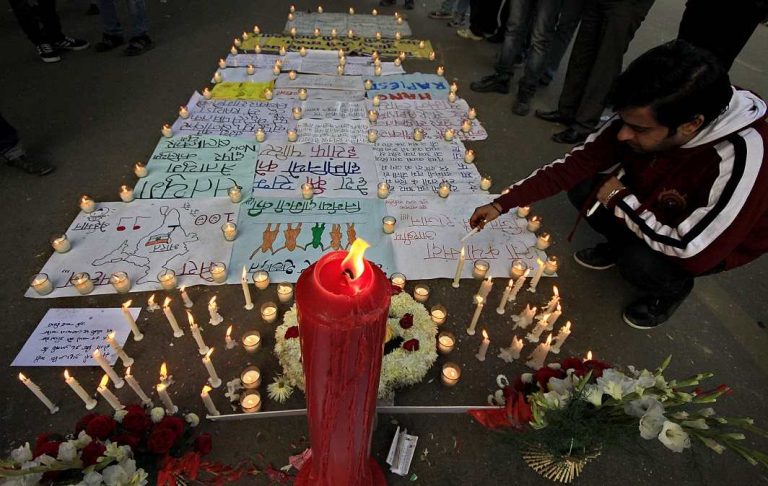 The four found guilty of the cruel gangrape and murder of a Delhi girl, called Nirbhaya to protect her real identity, were ordered to hang by the Supreme Court on May 5.

The country was expecting to get this death sentence from the bench of Justices Dipak Misra, R Banumathi and Ashok Bhushan this day, after a wait of 53 weeks.

The Nirbhaya gangrape and murder case finally reached its end 1,601 days after the horrific incident that happened in Delhi on the night of December 16, 2012.

The 23-year-old girl had taken a ride on a bus on her way home, with a male friend that evening, where she was subjected to inhuman assault. She was not only raped by the six persons in the bus in south Delhi, but the torture that followed remains indescribable. The two were thrown out of the bus onto the street.

The attack was so horrible that local hospitals threw up their hands. Public furore against the attack reached such a pitch that the government stepped in and airlifted Nirbhaya to a hospital in Singapore. But even then she could not be saved. She died in that Singapore hospital on December 29, 2012.

Parents of the victims were waiting eagerly for 53 lonely months for this verdict. They had demanded death sentences to all the found guilty.

Before the judgement, Nirbhaya’s mother was quoted in the media as saying that she had full faith in the judiciary and that the apex court will certainly give justice to her daughter. She had been quoted as saying: “I am sure the Supreme Court will give justice to my daughter. This will set an example for the world.”

Nirbhaya’s father had been quoted as saying: “They will be awarded death sentence. Leave alone the Supreme Court, even God will not forgive such people.”