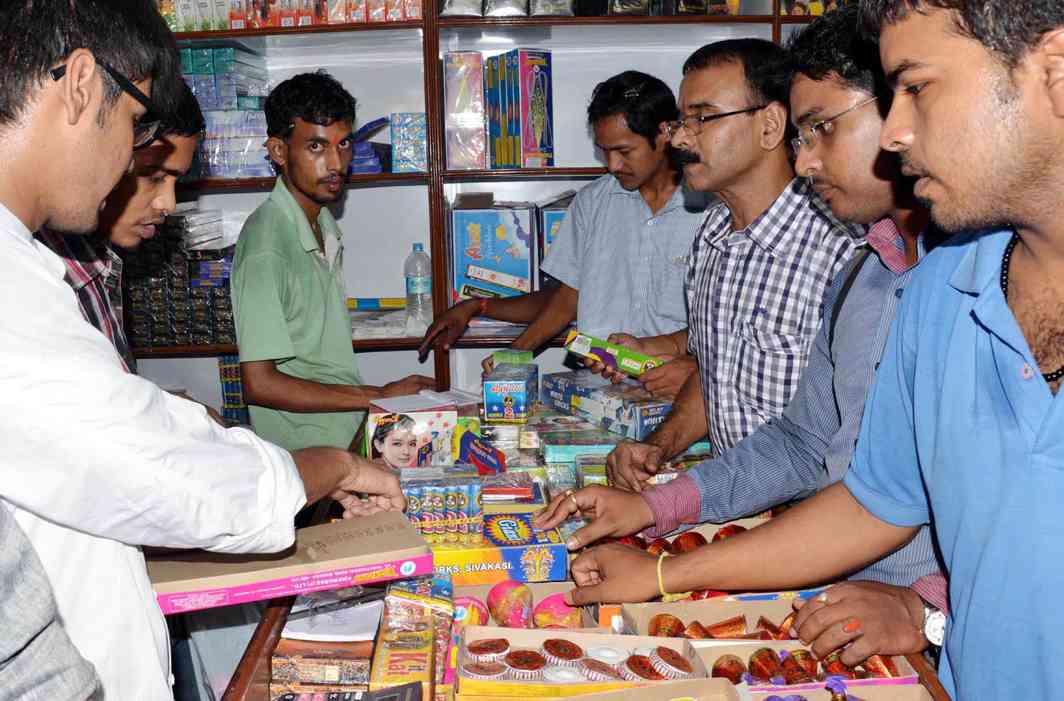 Above: People buying firecrackers ahead of Diwali. Photo: UNI

On July 31, the Supreme Court bench of Justices Madan B Lokur and Deepak Gupta had banned the use of lithium, antimony, mercury, arsenic and lead in making fireworks.

Lithium imparts the red colour, antimony generates the glitter, while lead oxide gives a crackling effect. Inhaling all these can cause damage to the nervous system, the bench was told by senior officers of the Central Pollution Control Board (CPCB) and the Petroleum and Explosive Safety Organisation (PESO). The order came thereafter.

This is a follow-up of a 2015 petition by three Delhi children—Aarav Bhandari, Arjun Gopal and Zoya Rao Bhasin—who requested the court to intervene and regulate the use of crackers and fireworks during festivals like Diwali.

On Wednesday (August 23), it was placed before the court that certain elements used in crackers were just for lighting and do not cause any pollution. Reports of state pollution control board reports were presented.

The bench asked CPCB to look into the percentage of elements used in crackers (as all the metals are not harmful) and advise on their effects and submit a report.