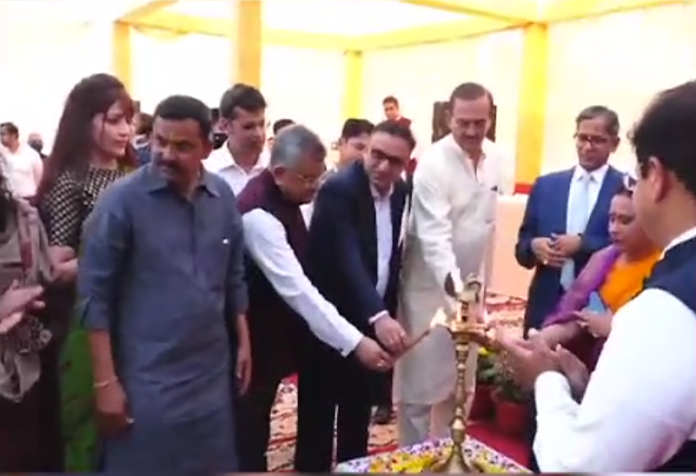 The Supreme Court Bar Association (SCBA) organised a Holi Milan Samaroh on Tuesday which was attended by Chief Justice of India N.V. Ramana, other Supreme Court judges and members of the bar.

Speaking at the event, CJI Ramana said Holi has symbolic importance marking the victory of good over evil, forgetting the past and building anew. Justice Ramana said the Apex Court will take a decision on the physical opening up of courts after consulting other judges very soon.

SCBA Vice President Pradeep Rai thanked CJI Ramana for issuing direction for the mediation programmme in which 250 members of the bar have been accommodated for mediation.

Rai said so far there were only 39 mediators in the Supreme Court and the CJI has added real colours to the festival of Holi by accommodating more members in the mediation panel.

Apart from CJI Ramana and judges, the event was attended by Solicitor General of India Tushar Mehta and SCBA President Vikas Singh among others.