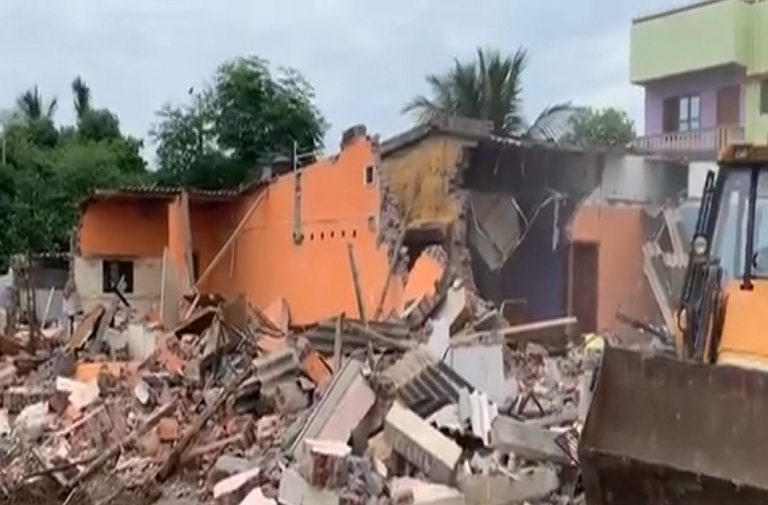 Scores of protestors who were resisting their eviction from government land were detained by the police in the Union Territory of Daman on Sunday.

The Times of India reported that authorities demolished 120 illegal structures and houses built along a 700-metre stretch along the beach on the instructions of district collector. Citizens have been protesting against the action for the past two days. The district magistrate has also declared that the Government High School of Bhimpore, Nani Daman and the Government High School, Moti Daman would be converted into jails with immediate effect.

According to the order from the office of the collector, dharnas caused “inconvenience to the general public” and adversely affected the “smooth flow of vehicular traffic” and the “smooth working of the offices and public in general”.

Slogan shouting and use of loud speakers and holding of public meeting in the entire Daman district causes inconvenience to general public & adversely affects traffic! As per the order, which is to be in force for a period of seven days commencing from November 3, dharnas or gatherings of more than five people by any private association or political party were strictly forbidden with “a view to avoid any untoward incident or law and order problem”. The order further states that those contravening it will be punished under section 188 of the Indian Penal Code.

The order comes after police used lathicharge and water cannons to quell the protestors on both the days of the protest, according to the paper. While incidents of encroachment by the government have been on the rise in Daman, prior to this incident, no serious action was taken against the encroachers by the Daman administration.