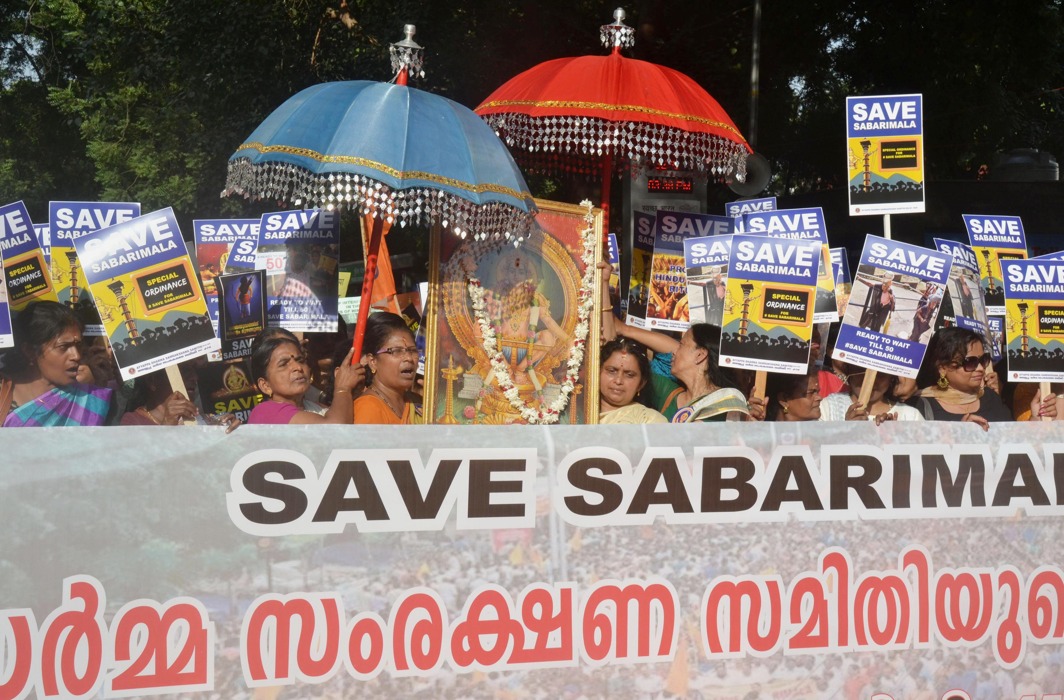 Six Lok Sabha MPs from Kerala, among them a Christian and a Muslim, have given notice for an adjournment motion to raise the issue of women ‘violating’ traditional rituals of the holy temple of Lord Ayyappa in Sabarimala.

Congress MPs K C Venugopal, M K Raghavan, Kodikkunnil Suresh and A K Antony were joined by former state minister PK K Unhalikutty of the Indian Union Muslim League and NK Premachandran of the RSP to give the notice. Two women in their forties—the barred age group—had entered the shrine late at night through a VIP gate on Wednesday, becoming the first to enter the Sabarimala temple after the landmark of the apex coutt on Sep 28 granting women the right to pray at the temple. Trouble has broken out in many parts of Kerala against the ‘defiling’ of the celibate deity’s shrine. In an interview to a news agency two days ago, the Prime Minister Narendra Modi had clarified that the rituals and customs at Sabarimala will be preserved.

A dawn-to-dusk 12-hour hartal called by Hindu outfits began Thursday morning in a protest against the entry of two women of menstruating age into the Sabarimala temple of Lord Ayyappa .The hartal, which began at 6 am, has been called by Sabarimala Karma Samithi, an umbrella organisation of various pro-Hindutva groups, spearheading protests against the Supreme Court’s September 28 verdict, and Antarrashtriya Hindu Parishad (AHP).

For once, the BJP and the Congress are on the same page though the BJP is supporting the shutdown while the Congress-led UDF is merely observing a “black day” on Thursday.