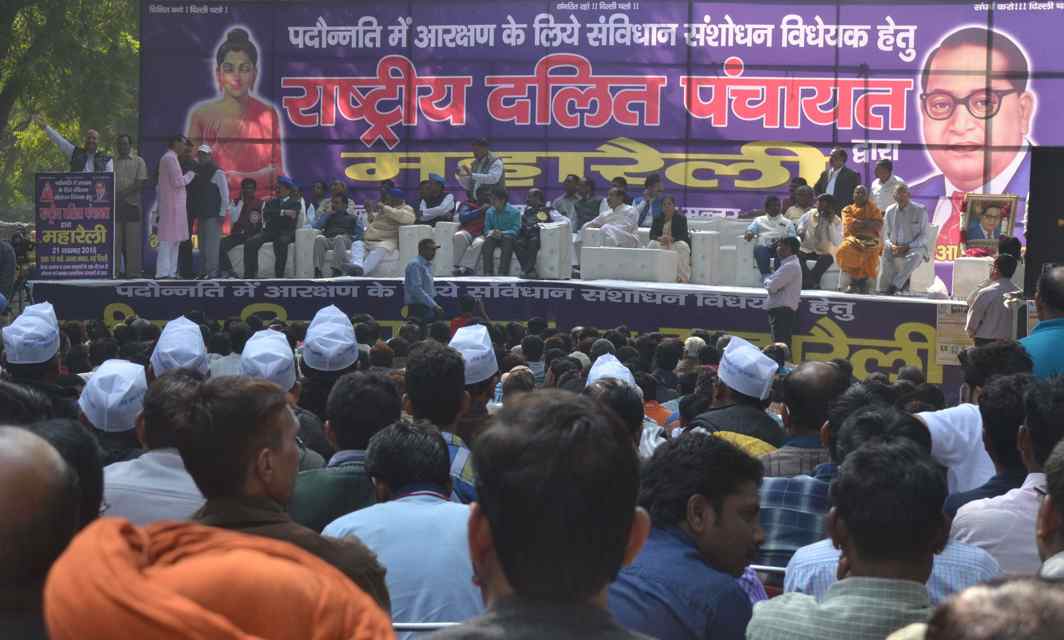 Above: Members of Rastriya Dalit Panchayat at a Maharally for reservation in promotion and other demands at Parliament Street in New Delhi (file picture). Photo:UNI

The Delhi High Court on Monday (July 3) ruled that the Scheduled Castes and Scheduled Tribes (Prevention of Atrocities) Act, 1989 will apply also to social media. It said that any slur targeted towards that group, even within a closed group, can draw punitive action.

In a judgement that can have far reaching effects, Justice Vipin Sanghi said: “When a member registered with Facebook changes the privacy settings to ‘public’ from ‘private’, it makes his/her writings on the ‘wall’ accessible not only to other members who are befriended by the author, but also by any other member registered with Facebook. However, even if privacy settings are retained by a Facebook member as “private”, making of an offending post by the member which falls foul of Section 3(1)(x) of the SC/ST Act, it may still be punishable.”

If this judgement applies to Facebook, then it will also apply to other social media groups such as WhatsApp.

The judge clarified what “public” means. He said “public view” means “a place where public persons are present, howsoever small in number they may be”.

There is an exception provided, however, and this will be if the complainant and those connected to him/her on Facebook are related to each other. That will be a case where they will be exempt from prosecution, as per reports.

The court was hearing a complaint by a woman belonging to the SC and against her co-sister, a Rajput. The complainant said her co-sister was “abusing my caste on social network sites Facebook” and that she used bad words for “Dhobi’s”.