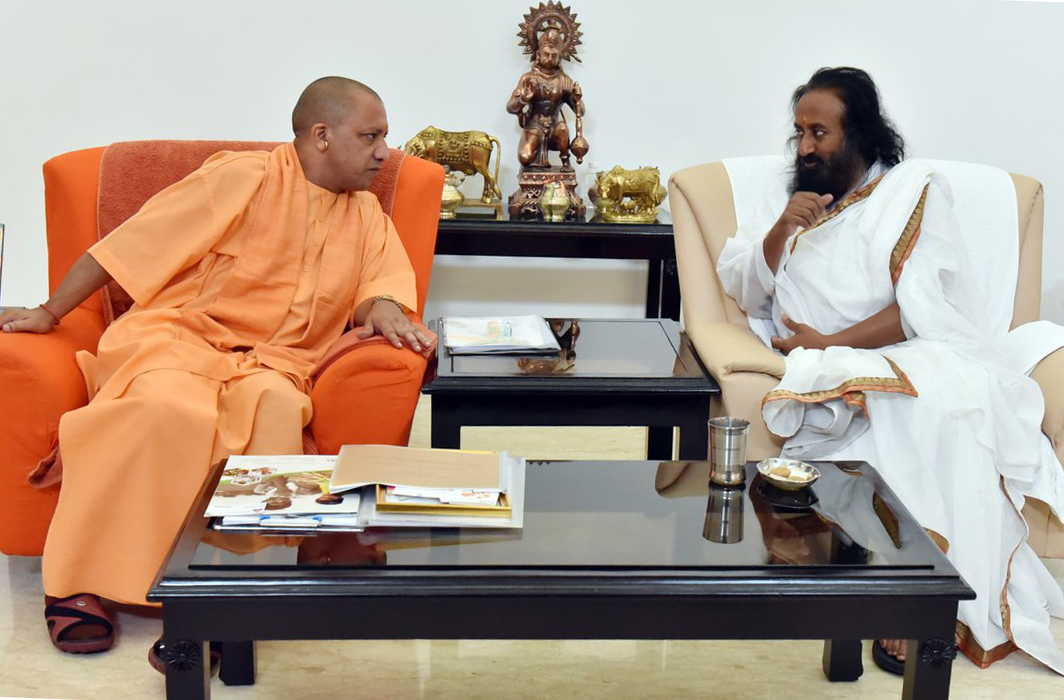 It seems that the spiritual leader and Art of Living founder, Sri Sri Ravi Shankar has taken Supreme Court’s suggestion in the Ayodhya dispute— to settle the matter out of court— seriously. Sri Sri has offered to mediate in the Ram Temple row so as to resolve the dispute. This mediation comes weeks before the matter has been listed for hearing. The apex court will begin hearing of the long-standing case from December 5.

Ahead of his visit to Ayodhya, Ravi Shankar met Uttar Pradesh Chief Minister Yogi Adityanath, today (November 15) in Lucknow. Although the UP chief minister has welcomed such out-of-court talks in the past but his stand is said to be very clear in the matter. “The state government is not a party. We welcome any settlement and will honour the decision of the court,” said a senior government official.

The spiritual leader says that he intends to mediate talks between Hindu and Muslim groups “out of his own accord” and he will “listen to everybody”. However, there are not many takers for his offer. The Sunni Board and the All India Muslim Personal Law Board rebuffed his mediation efforts saying that he has no legal standing in the matter.

The All India Muslim Personal Law Board has objected to not being consulted by Sri Sri Ravi Shankar. However, the Board’s general secretary said that his formula should be disclosed. “About 12 years ago, Sri Sri had made a similar move and had concluded that the disputed site be handed over to Hindus… what new formula he has found this time should be disclosed,” said Maulana Wali Rehmani.

Ravi Shankar in the past had proposed that Muslims should gift the place to the Hindus and withdraw all the related cases. He had also proposed that in case if the parties do not agree to resolve the issue, then the Parliament should step-in and enact legislation gifting the place to the Hindu community. However, it is unclear as to what would be his proposals this time.