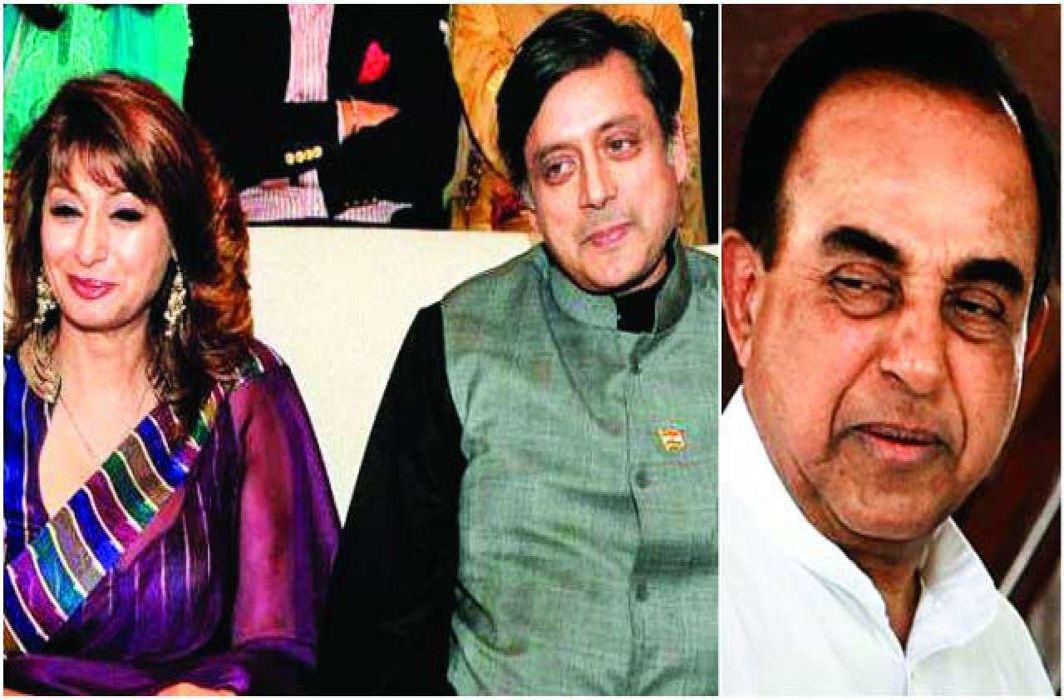 Weeks after it asked Subramanian Swamy to establish his locus standi in seeking a SIT probe into the mysterious death of Sunanda Pushkar, wife of Congress leader Shashi Tharoor, the Supreme Court bench of Justices Arun Mishra and AM Khanwilkar, on Friday (February 23), issued a notice to the Delhi police seeking its response to the BJP leader’s petition.

However, the bench made it clear that although it was issuing the notice to Delhi police as per the request of Swamy, it would still scrutinise the maintainability of his petition before initiating proceedings on the other prayers moved by him.

“Leaving the question of maintainability open, let notice be issued”, the bench of Justices Arun Mishra and AM Khanwilkar, said on Friday.

On January 29, Swamy’s special leave petition (SLP) had come up for hearing before a Supreme Court bench of Justices Arun Mishra and Amitava Roy. During this hearing, the judges had made it clear to the BJP leader that, “we need to be satisfied regarding the maintainability of the petition, considering the opinion expressed by the High Court.”

The Delhi High Court had dubbed Swamy’s petition as a “textbook example of a ‘publicity interest litigation’ dressed up as a PIL” and taken a dig at the BJP leader in its order, stating that he “likes to be thought of as a veteran PIL petitioner”.

When Swamy moved the Supreme Court, on January 29, it was the strong observations made by the Delhi High Court against his petition that weighed heavily on the mind of the top court’s judges.

“I was arguing the PIL regarding the mode of auction of the IPL media rights by the BCCI when the death of Ms. Pushkar in such mysterious circumstances caught my attention. It took (the Delhi Police) one year to file a FIR in respect of the death despite the autopsy and the post-mortem report confirming that it was an unnatural death. Even the FIR claimed it as a murder”, Swamy had told the apex court bench of Justices Arun Mishra and Amitava Roy, on January 29.

The Bench had then asked the BJP leader: “What is the conclusion of the police on this? Do they say it is an unnatural death?” to which Swamy had responded saying: “That is what even I want. I want the police to file their reply.”

Expressing concern over the maintainability of Swamy’s petition, the SC Bench had said: “the investigation is still going on” while it also sought to know what the locus standi of the BJP leader was in the case. Swamy had said: “I have even appeared in the Jayalalithaa case as a politician. This is a matter of public interest”. However, the Bench had then refused to issue any notice to the Delhi police and asked Swamy to first argue on the issue of maintainability of his petition.