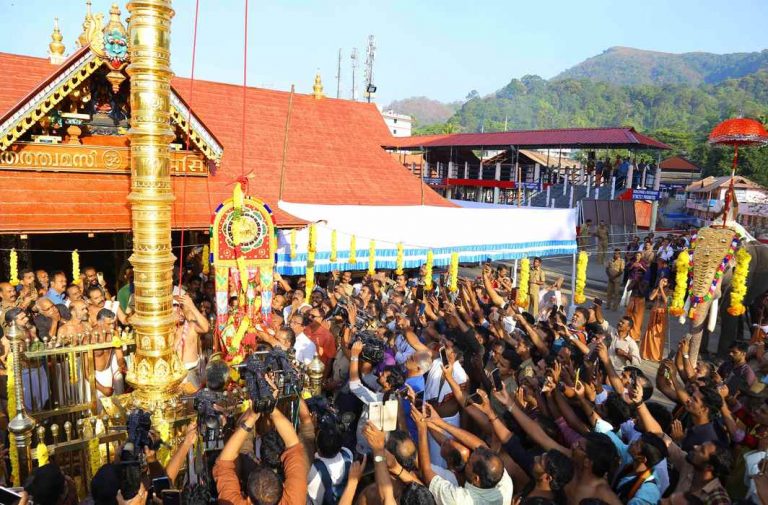 The Supreme Court of India on Wednesday asked the Kerala government to draft a special law exclusively for Sabarimala within 4 weeks. The apex court also made a major remark that Sabarimala temple should not be connected to other temples while dealing with the case.

The remarks came from Justice NV Ramana while hearing a petition from the Pandalam Royal family  which has age old ties with the temple of Lord Ayyappa nestled in the hills of the Western Ghats. The family had submitted a plea against the state government’s move to form a special board to administer over 700 temples that fall under the Travancore Devaswom Board. In this connection, the bench headed by Justice Ramana made it emphatically clear that the Sabarimala temple cannot be compared with other temples.

The government’s draft bill submitted before the bench had made a proposal of one third reservation for women in the administration of the temple. The bench countered that if the September 2018 verdict that allowed to enter the temple is reviewed and the verdict is to overturn the earlier verdict, how can the  government go ahead with the reservation clause. But the state government assured the court that, as of now, it proposed to give the reservation in the management only to women who were aged 50 years and above.

Last week, the Supreme Court decided to send the question of whether last year’s verdict should be reviewed, to a larger, seven judge bench, saying it needs detailed examination. That the verdict came on a day when the three month pilgrim season was to begin put the state on edge with pro and anti women entry groups gearing up for any eventuality.

A five-member Constitution bench headed by Chief Justice of India Ranjan Gogoi referred the cases to a seven member bench by 3:2 majority.