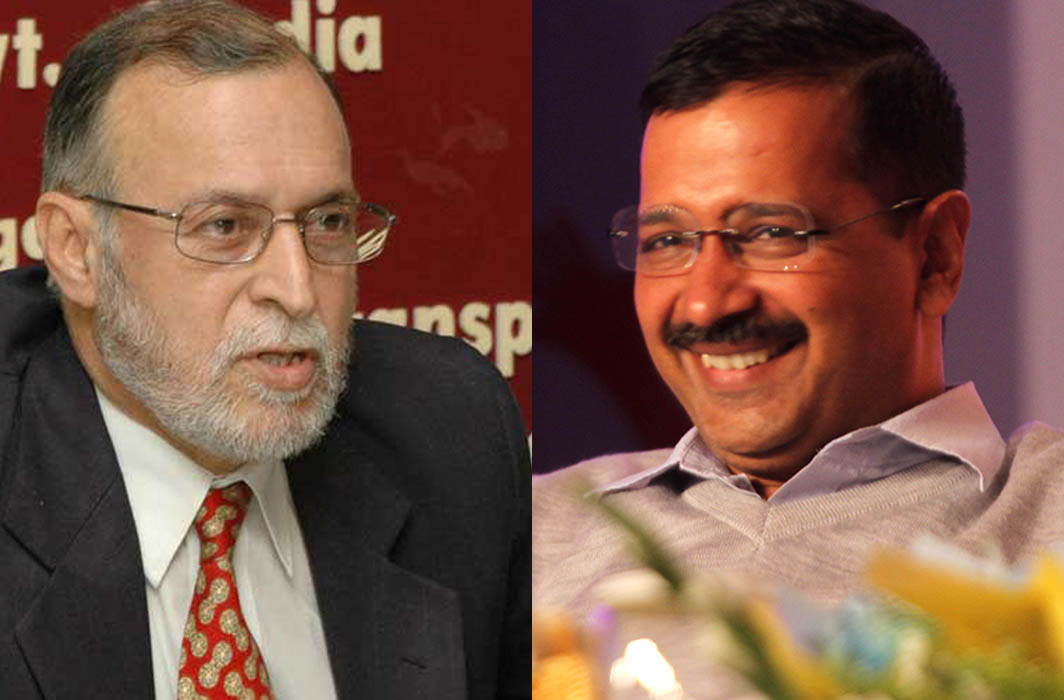 Constitutional bench stops short of providing complete statehood to Delhi, says “NCT can never achieve the status of a state”

The Supreme Court constitution bench of  Chief Justice Dipak Misra and Justices AK Sikri, AM Khanwilkar, DY Chandrachud and Ashok Bhushan on Wednesday (July 4) dealt a major blow to the age old hegemony of the Lieutenant Governor (LG) of Delhi, clipping the powers of the super administrator and favouring representatives of the government elected through popular polls instead. The judgment virtually put LG Anil Baijal under the council of ministers headed by Chief Minister Arvind Kejriwal, though the bench stopped short of acknowledging total statehood for Delhi as demanded by the Aam Admi Party (AAP).

The reasons listed by the bench were unambiguous. In its order the bench said the Lieutenant Governor cannot act mechanically by referring every Executive decision taken by the state’s council of ministers to the President of India. The court made it clear that while the LG enjoys the powers of an administrator, he must “work on the aid and advice of the council of ministers.”

This was the moment of truth for Kejriwal and AAP who have been, for the past three years, engaged in a bitter war of words with the LG office and the Centre, alleging that successive Lieutenant Governors (first Najeeb Jung and now Baijal) had been creating roadblocks in the functioning of the state’s executive under instructions from the Narendra Modi-led NDA government at the Centre.

The court had varied opinions. CJI Misra and Justices Khanwilkar and Sikri looked into the constitutional and cultural side. Interpretations of articles 239 and 239A were looked into. The conclusion arrived at was as follows:

Teh bench also observed that “A pragmatic orientation must be exhibited by the centre and the state.”

However, the bench drew the line at statehood. It said: “The NCT can never achieve the status of a state.”

Having said that, the court also added that the “Lt Governor has limited power, merely as that of an administrator.

“The interpretation of  239AA will have its final verdict by the President.”

“Our constitution is constructive in nature, with no room for autonomy,” said the bench.

About other nitty gritties, the  bench ordered: “The matter will be listed before the appropriate bench for further hearing as the bench has resolved the main issue.”

Justice Chandrachud said: “Nations fail when the constitutional machinery of the state fails. Criticism forms… democracy. The constitution seeks sovereignty of the people, which lies with the people.

“The Constitution creates a balance between different cultures for it to coexist in our nation. It is necessary to understand that exercise of power in Delhi may exhibit expanding the basic structure of the constitution.

“There must be a balance of powers between the state and the central government, especially when the NCT has a special protection under clause 4.

“The substantive power lies with the elected government of the state and not the appointed person. In case of any disapproval between the state government and the Lt Governor, the President has the final say.”

He also said: “If every matter is brought before the court, the day to day administration of the NCT will come to a halt. It is the constitutional mandate for the council of minister and the Governor to coexist in the NCT after the 69th constitutional amendment act. Once the proviso is enforced, the Lt Governor must obey the decision of the president. The role of the Lt Governor is not to supplant this constitution but to make it workable. Not every trivial act falls within the proviso.”

Justice Bhushan noted: “However bad a constitution is, the people making it workable matters; if they’re good, the constitution turns out to be good.

“The parliament has the power to make laws with respect to the NCT. The policy can be given effective measure.

“The aid and advice given to the Lt Governor is obligatory upon him unless he decides to exercise his power under the proviso. The Lt Governor must be kept informed of all the transactions taking place on a day to day basis. However, the Lt Governor must take effective steps in order to protect the sanctity of the union territory.”

You can read the judgment Here.