The Apex Court on January 13, 2021, had taken a suo motu cognizance with regard to the remediation of polluted rivers and start with the issue contamination of river Yamuna. 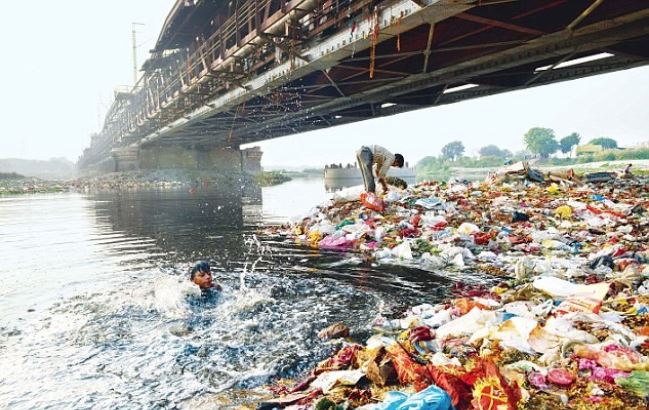 The Supreme Court on Tuesday directed the National Green Tribunal-appointed Committee to submit its report on River Monitoring in respect of the Yamuna River and also the extent to which its recommendations have been implemented while hearing the suo motu cognizance with regard to remediation of polluted rivers.

A three-judge bench of Chief Justice S.A. Bobde, Justices L. Nageswara Rao and Vineet Saran also directed the addition of the committee appointed by the NGT as a party in the suo motu case. During the hearing on Tuesday, Amicus Curiae Senior Advocate Meenakshi Arora submitted the NGT has appointed a river monitoring committee for Yamuna river and requested the court to call for a report from the committee.

“They could assist us in a big manner,” she said. She further submitted that the State of Haryana is in the process of upgrading certain STPs and CETPs.

She pointed out that Haryana has brought down the ammonium level to excellent level (0.3 ppm). The acceptable point in 0.9 ppm. This means, if there is a will, there is a way. If they can maintain these standards, it will be good. It is a matter of drinking water for Delhi, she said.

Senior Advocate Shyam Divan, appearing for Haryana, submitted that the petition filed by Delhi Jal Board is not maintainable. The CJI asked what is the problem in passing orders that present level must be maintained. To which, Divan opposed and said the problem happens within Delhi not from Haryana.

The Apex Court directed Haryana to file its response within one week on the petition filed by the Delhi Jal Board. The Court further directed NGT-appointed committee for river monitoring to submit a copy of its report on Yamuna River and also the extent to which its recommendations have been implemented.

Amicus Curiae Meenakshi Arora submitted that there is an ongoing dispute between Haryana and Delhi regarding the quantum of water to be released. That issue must not be dragged here and the matter should be confined to measures to reduce pollution, she added. Following which, the Court adjourned the hearing for two weeks.

The Apex Court on January 13, 2021, had taken a suo motu cognizance with regard to the remediation of polluted rivers and start with the issue contamination of river Yamuna.

The Court had issued notice to Uttarakhand, Himachal Pradesh, Haryana, Delhi and Uttar Pradesh. It had also issued notice to the Secretary, Ministry of Environment, Forest and Climate Change & Secretary, Ministry of Housing and Urban Affairs, Government of India and Central Board of Pollution Control. The Court had appointed Meenakshi Arora as Amicus Curiae to assist the Court in the matter.

The bench had directed the CPCB to submit a report identifying municipalities along the river Yamuna, which have not installed total treatment plants for sewage as per the requirement or have gaps in ensuring that the sewage is not discharged untreated into the river.

The Court took up suo motu cognizance while hearing a petition on the increased ammonia levels in Yamuna due to the discharge of pollutants. It noted that it highlights an issue of great significance and consequence not only for the general public but all living beings dependent upon open surface water.