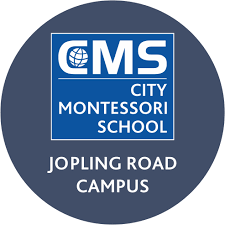 The Supreme Court on Wednesday has refused to entertain plea by a private-school against high court order constituting a District-Magistrate led committee to check violation of parameters laid down for construction and running of school.

The present appeal was filed by City Montessori School, Lucknow, allegedly running without any proper facilities and with a temporary structure under a tin-shed. The Allahabad high court, Lucknow bench had taken note of alleged violation upon a Public Interest Litigation filed by ‘Gomti River Bank Residents’ through Gridhar Gopal, and constituted a committee led by District Magistrate to check whether these schools complying with required guidelines with reference to the number of students studying therein. The petitioner pointed out that total of 16 such schools are running with alleged violation of building bye laws and settled guidelines.

On Wednesday, a bench of Justices S Abdul Nazeer and Vikram Nath had declined to interfere with the impugned high court order. However, the Court said, when the committee constituted by the high court submit its report, same shall be served upon the petitioner-school and an opportunity be granted to school before passing final orders.

The resident association has raised the issue with reference to number of schools, which are running in residential areas. A Specific reference was also made to a City Montessori school situated at Jopling Road, Lucknow.

The PIL stated that,

“City Montessori school had got permission for construction of a multistory housing complex in Plot Nos. 55 and 55 (part). However, during the course of construction of housing complex in the said plot, on one side tin-shed was raised and school was running there, which is in violation of the parameters laid down for construction and running of a school. Reference was made to the judgement of Hon’ble the Supreme Court in Avinash Mehrotra v. Union of India and others, (2009)6 SCC 398, wherein Hon’ble the Supreme Court laid down certain standards to be complied with by the schools in terms of National Building Code of India, 2005. It was submitted that the school is running in a temporary tin-shed for the last 2-3 years with no permission from any Authority. It is admitted, even by the respondent No.8 in its counter affidavit filed in June, 2021, that the school is running in a temporary structure. It was further submitted that a residential house was purchased by respondent No.8 vide transfer deed dated October 20, 2021. The aforesaid house is on Plot No.54 (part), having area of 1,378.4 square meters with covered area of 495 square metres and second class construction. At present, about 400 students are studying there, which is in violation of the standards laid down for running a school. This is one of the examples, as it is claimed that other schools named in the present petition are also running in violation of various parameters laid down for the purpose.”

Also Read: Can Putin be put on Trial for War Crimes?

Taking note of it the High Court, directed constitution of a Committee for carrying out the inspection and submission of a report to this Court about the fact as to whether these schools are complying with the required guidelines with reference to the number of students studying therein for which detailed direction has been given by Hon’ble the Supreme Court in Avinash Mehtrotra’s case (supra) and other parameters laid down by other regulartory bodies. The Committee shall be headed by the District Magistrate, Lucknow.

As the matter requires urgent consideration looking to the safety of the students and the quality of the education being imparted to them, we expect that the inspection shall be carried out, as expeditiously as possible, and a report is submitted to this Court on the next date of hearing. 13. Adjourned to April 18, 2022,” the high court noted.