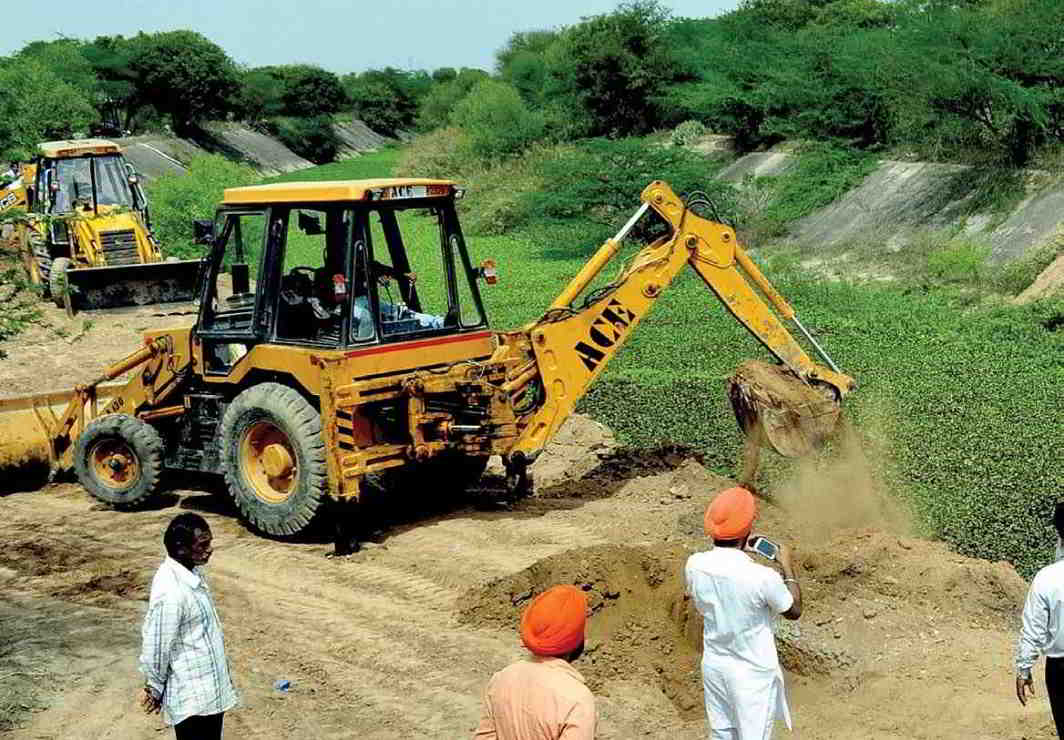 The Supreme Court bench of Justices PC Ghose and Amitava Roy on February 22 directed that the court’s order on the Sutlej-Yamuna water link project has to go on. It said that the link-canal for sharing of water between Punjab and Haryana must be built.

Counsel Diwan, appearing for Haryana said that in the execution proceedings an order was passed which needed to be taken into consideration and should be implemented. “We request your lordship to pass an appropriate direction,” he said. He pleaded: “Law and order has to be maintained within Haryana and Punjab.”

Counsel Jethmalani, appearing for Punjab, said: “After hearing Mr Diwan, I believe that government of Haryana has not acted on his advice. There are around a lakh people in Punjab, digging (for the canal).”

The bench observed that the status quo should be maintained and that the “decree of this court needs to be executed and Mr Jethmalani, we ask you to take a responsibility of it.”

Justice Roy said: “We have two alternatives. Either you resolve the issue with the assistance of central government or, if this doesn’t work out, then we have to invoke the legal recourse that culminates into the execution of decree. Therefore, we are going to hear you on the counter that you, that is state of Punjab, has submitted. (The) Canal needs to be constructed.”

Counsel Jethmalani’s plea that the matter be heard after the elections was turned down by Justice Ghose, who said: “This institution has nothing to do with elections.”

The order of the apex court was that the states should maintain law and order. “The decree of this court needs to be executed and till the execution is done status quo needs to be maintained. The central government in any case needs to have an observer status and should keep the surveillance on what’s happening.”

Hearings to continue on March 2