154,225FansLike
654,155FollowersFollow
0SubscribersSubscribe
Home Top News of the Day news The National Green Tribunal is not so green anymore 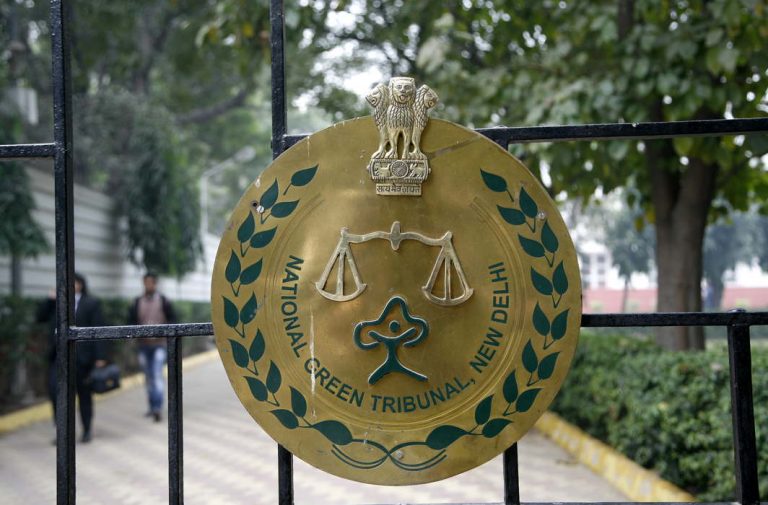 “Nowadays 50 percent of the cases are of blackmailers,” stated Justice Adarsh Kumar Goel, the new Chairperson of the National Green Tribunal. “Earlier, we used to issue notices. But now we are not issuing notices and disposing of the cases.” Continuing in this disparaging tone, it was also stated that “most of the cases are not related to the environment.”

With the new Chairperson conveying such a sentiment of the premier Green Tribunal he now heads, despondency has come to pervade the portals of Faridkot House, the home of the National Green Tribunal. Once abuzz with activity by seekers of environmental justice, the Tribunal now wears a forlorn look, its earlier vibrancy no longer visible. In keeping with the belief that most cases are being filed by blackmailers, the Chairperson has been following the three D rule; Dismiss, Dispose, Disburse.

Indeed, of great disquiet is the Government’s role in subverting the Green Tribunals judicial independence; earlier it was the Chief Justice’s prerogative to recommend a judge for the post of the Chairperson. However, by way of the Finance Act 2017 the Government surreptitiously slipped in the provision of that the Chairperson’s appointment and remuneration would be made by the Ministry of Environment & Forests (MoEF), hence making the post subservient to the ministry. Under the new process, the NGT Chairperson is recommended by a five-member search-cum-selection committee led by the Chief Justice of India. Four out of five members of the committee would be recommended by the Ministry of Environment, Forests and Climate Change (MoEFCC). By this change in policy, the Government has achieved an executive takeover of the Green Tribunal.

With Justice Goel being appointed as Chairperson to the Tribunal on the very same day, and within hours of his retirement from the Supreme Court on July 6, there is absolutely no doubt why the Chairperson’s post which had been kept vacant for a period of 7 months following Justice Swatanter Kumar’s retirement in December 2010. The New Chairperson is known for his previous association with the ruling party and strong RSS leanings.

The Green Court had been causing deep discomfiture to business interests as Environment Clearances which earlier passed lax scrutiny, were now being challenged at every stage by civil society. Government instrumentalities were being hauled over coal for their cavalier attitude towards the environment, looked towards the political dispensation for succour. However, on account of the NGT’s judicial interventions, political mandarins were prevented from resorting to their arbitrary ways. With the Tribunal becoming an impediment in the fast track ‘Development’ agenda, lobbies engaged in backroom machinations to restrict the powers of the Tribunal. With the New Chairperson stating with the first few days of his appointment: “Earlier, we used to issue notices. But now we are not issuing notices and disposing of the cases,” it is quite obvious that the insidious designs of the lobbies have succeeded. The once vibrant Tribunal has been put in reverse gear; cases under adjudication now are being disposed without even a fig leaf of hearing, matters bringing to light egregious damage to the environment are being disposed of in a most cavalier manner.

Another retrogressive step taken by the Chairperson has been passing an order that requires the Petitioner to approach the Respondent for a reply and file the same with the Petition at the time of admission. The order states: “Before approaching this Tribunal, such persons must normally approach the concerned authorities and give them at least 15 days to respond. Such authorities must give their response either to the individual concerned or put the same on the website at the earliest. If the person approaches the Tribunal, the response received must also must be mentioned in the Application filed before the Tribunal”.

The Tribunal, besides imposing a rider of obtaining a response from the Respondent Ministry, has also seen a flurry of creation of Committees and transferring the monitoring of cases to such committees created, effectively absolving itself from monitoring responsibilities. Monitoring Committees have been created for both the Ganga and Yamuna cleaning matters, which essentially is a huge retrogressive step, as over the last 20 years the cleaning administration has passed through a plethora of adjudicatory bodies and finally came to rest with the NGT. Now with the NGT handing it to another committee, matters will once again languish whilst the Rivers will continue in its death throes.

The National Green Tribunal’s credo is explained in the Objects and Reasons bringing it into being; “For effective and expeditious disposal of cases relating to environmental protection and conservation of forests and other natural resources expeditious and efficacious adjudication of cases relating to the environment”. Established in 2010 by an Act of Parliament the Tribunal was created under Article 253 of the Constitution. The Green Tribunal as a fledgling adjudicatory body made its mark by expanding its jurisdiction organically, if it came in the ambit of Section 14 of the NGT Act “The Tribunal shall have the jurisdiction over all civil cases where a substantial question relating to environment is involved”. As the Tribunal expanded its scope and jurisdiction, it came to be viewed with trepidation; as when an alternative forum is created, it gives rise to a vexatious question, that of the nature and extent of ouster of jurisdiction from the Higher Courts.

The present attack on the environment has a tripod dimension; One: to read down existing laws, repeal or restrict it with the judicial ambit; Second: restrict the number of cases by not admitting fresh matters and Third: dispose existing cases without adjudicating them. Herein lies the inherent contradiction in the functioning of the present NGT dispensation, juxtaposed with the vast liberal expanse the Tribunal had acquired in the previous years.

Effectively, it is the Conservative school of thought vs the Liberals; The disparaging remark of Justice Goel – “Nowadays 50 percent of cases are of blackmailers” – suggests the Conservatives in the form of the ruling government have taken over the Tribunal in a judicial coup and seeks to crib cabin and confine the NGT. This indeed is a retrogress step and the sincere efforts of civil society valiantly defending the environment seems to have encountered a serious roadblock.

The response to the challenge posed to the environment is yet to begin; civil society will not allow deprecations to the environment find shelter in the now not so Green Tribunal. The Chairperson’s appointment to the Tribunal is for 5 years and is yet to be seen how his thought process and modus operandi will be the vanguard of environmental justice in days to come.

(Rajeev Suri is an urban environment activist and represents himself in the National Green Tribunal and the High Court on Public Interest Socio-Legal issues affecting the community at large.)

[The opinions expressed in this article are the author’s own.  They do not necessarily reflect India Legal’s viewpoint]