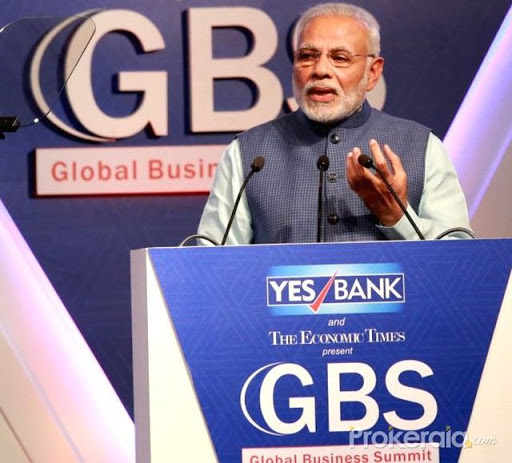 The pinnacle of irony was witnessed at last weekend’s Global Business Summit hosted by the Economic Times. As before, the keynote speaker was Prime Minister Narendra Modi and it was impossible not to miss the huge banner behind him which carried the logo of the event sponsor—Yes Bank!  Amid the business-oriented oratory, two statements stood out and made headlines in the pink paper’s Monday edition: One by the Prime Minister who declared that all was well with the Indian economy and that his government had taken steps to insulate the country from the global economic slowdown. This, when all signs point to a deepening crisis and a severe negative impact on key sectors of the Indian economy from the tragic events in China. Then, we had Commerce Minister Piyush Goyal assuring everyone that India was largely isolated from the effects of the Coronavirus epidemic. India has so far reported 43 cases of Covid-19 with the latest, a family returning from Italy, managing to evade airport checks and hide the fact that they had traveled to Italy, the new epicenter of the virus outbreak.

Such messages of reassurance are expected from global leaders. Denial is a default position for politicians in power but when such statements fly in the face of known or obvious facts, we have a problem. For politicians, their most saleable currency is credibility and when that is devalued, it devalues the tribe as a whole. For a decade or so, at least till 2017, India’s status as the world’s fastest-growing economy earned it an invitation to the global top table. Once the downturn came—evident in rising unemployment, lowering of GDP figures, and a severe slowdown in a range of sectors, from banking to real estate, automobiles and now pharmaceuticals—we saw a corresponding rise in words of assurance from the Finance Minister and her last budget speech in February, most notably, “the fundamentals are strong”, a phrase repeated by the Prime Minister last weekend.  In another show of irony, her husband Parakala Prabhakar, earlier wrote an article in the Hindu newspaper saying “the government was in denial mode about the economic slowdown.”  More recently, former prime minister and noted economist Manmohan Singh, said: “We’ve a government today which does not acknowledge that there is such a word called “slowdown”. If you do not recognise the problems you face, you are not likely to find credible answers to take corrective action.”

Jan Dehn, head of research at Ashmore, one of the world’s leading investment managers dedicated to Emerging Markets, suggests that political leaders in developed and developing economies are actually in denial about the price to be paid for ignoring economic realities. “Unfortunately, the politics of denial may, if allowed to go unchallenged, end up having far more serious consequences than merely affecting the least powerful in society,” he wrote. He adds that his research has shown specifically, that the politics of denial follows a definable pathway.

• Stage 1 – The decline of mainstream politics. Mainstream politicians are being jettisoned in favour of populists for two reasons. First, they have failed to implement effective economic remedies in the face of a crisis. Second, they are not nearly as good at scapegoating as the populists, who are now gaining ground at their expense.

• Stage 2 – The rise of populism: exacerbated by issues like refugees and immigration as a problem, as we are seeing in America and parts of Europe. This leads to deterioration in the quality of policy making, eventually accelerating the pace of economic decline. This leads to voters losing faith in democracy itself.

• Stage 3 – Authoritarianism: The attraction of authoritarian governments is their ability to act decisively, holding up the promise of curing the failures of ineffective mainstream governments. Such centralisation of power requires a strong nationalistic rhetoric and repression.

Dehn concludes that the politics of denial has paved the way for the rise of nationalism in the US, Europe and Japan. He could easily add India to the list.