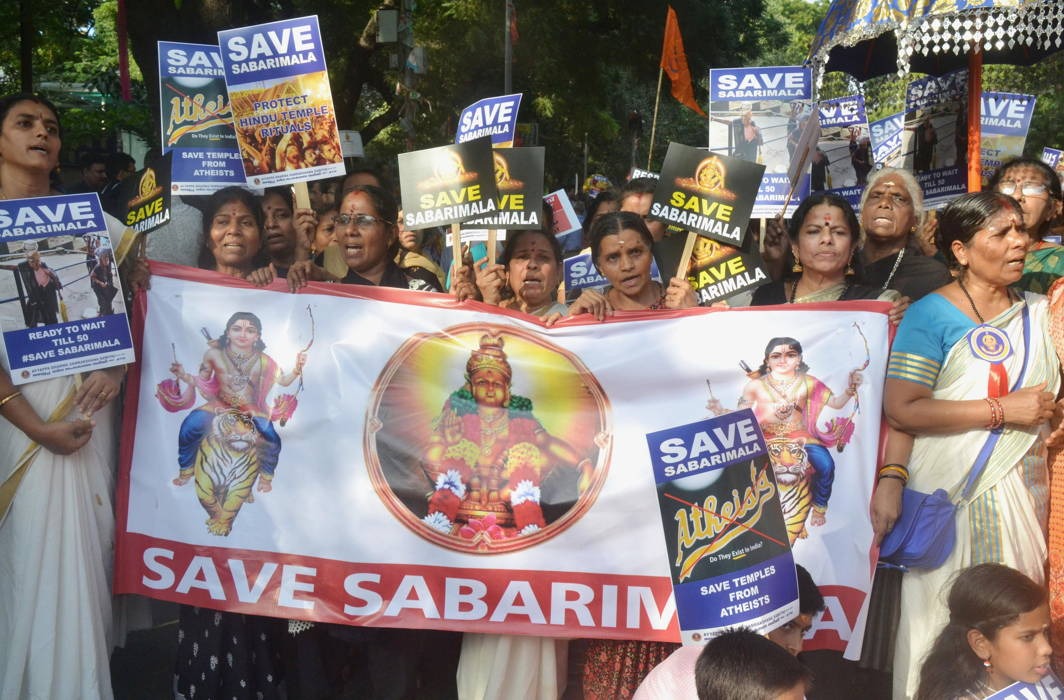 In a bid to ensure that the Supreme Court verdict on allowing women into the Sabarimala temple is implemented, the Kerala government has put the areas around the temple under a thick security blanket.

The temple opened for five days on October 17 mark the beginning of the pilgrim season and saw violent protests. Police could only remain mute spectators as pro and anti-women’s entry groups engaged in violent protests; with the latter doing everything to ensure that women of menstruating age got nowhere near the temple. About twenty women, including some muslim and Christian women who claimed to be Lord Ayyappa devotees were forcible turned back.

The SC had on Sep 28 decreed that women of all age groups could enter the temple, overturning a centuries old tradition.

The temple is to open its doors against for the festive season on Nov 5 and the government is taking no chance. Prohibitory orders have been clamped around the temple and district Superintendent of Police T. Narayanan said 1,500 police officials have been deployed in the temple town and will remain till the midnight of November 6 when the temple will close again. He said as of now, there have been no requests from women to enter the shrine.

“If there are any requests, the police will see that the apex court verdict is carried out. None other than the pilgrims would be given permission to the designated areas of the temple,” said Narayanan.

According to the police, no one is allowed to remain in the pathway that leads to the temple, right from the Pamba base camp and also in the areas closer to the sanctum Santorum of the temple.

Restrictions have been clamped for the media and they will only be allowed to reach the temple town on November 5.

As of Saturday, the police have registered 536 cases and arrested 3,719 persons, who protested last month when the temple opened for six days.

Only around 100 are still in jail, while the rest have secured bail.