Delhi government additional standing counsel Sanjoy Ghose in response to a petition filed by Ali Sher, the father of Azad who had sought compensation of Rs 5 crore for the death of his son, Tihar jail authority submitted a status report to the Delhi high court 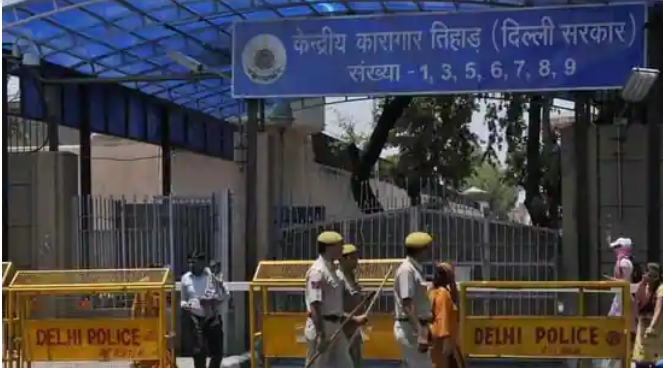 The Delhi High Court has been informed by the Tihar Jail authorities that the jail staff on duty heard noises and saw three undertrial prisoners attacking Dilsher Azad, who died inside the jail on November 30 last year.

The submissions were made in a status report filed by the Tihar Jail authorities through Delhi government additional standing counsel Sanjoy Ghose in response to a petition filed by Ali Sher, the father of Azad who had sought compensation of Rs 5 crore for the death of his son.

“…on 30.11.2020, the morning lockout was done at 6:45 AM. The Jail staff on duty heard noises from Ward No. 9. Immediately, the on-duty Jail staff rushed to the spot and saw that deceased Dilsher was grappled by another under trial prisoner Ved Prakash and he was being attacked by two other under trial prisoners namely Naushad and Faizal Alam with handmade improvised sharp edged object,”

-the Tihar Jail authorities said in its status report.

The report further stated that upon seeing the Jail staff members at the spot, the accused persons started inflicting self-injuries and also giving injuries to each other.

“Immediately by the intervention of the present Jail staff, the accused persons were controlled and the sharp object used in attacking Dilsher was recovered. Dilsher was immediately rushed to the Jail hospital where he was declared brought dead at 07:25 AM by the Medical Officer on duty,”

When the matter came up for hearing before a single-judge bench of the high court presided by Justice Prathiba M. Singh, the bench took note of the status report and directed the Delhi government to submit the CCTV footage of the said incident.

The court while slating the matter for further hearing on March 22, also asked the government to state whether any action has been taken against the officials of the jail for the security lapse leading to the said incident.

The plea filed by Ali Sher sought court’s direction to the Tihar Jail authorities and Delhi government to pay compensation to the tune of Rs. 5 crores on account of custodial death of his son Dilsher Azad as undertrial prisoner in Tihar Jail No. 03, Ward No. 09, on November 30 last year.

“…on 30-11-2020 petitioner received a call from police officials informing him about the sudden death of his son Dilsher Azad in Jail, on receipt of which information, petitioner immediately reached Tihar Jail in order to ascertain the information so received where Tihar Jail authorities did not co-operate with the petitioner at all and made him wait outside for hours together,” the plea said.

The plea further claimed it was local police of Police Station Hari Nagar who informed the petitioner that his son Dilsher Azad has died inside Ward No. 9 of Jail No. 3 of Tihar Jail.

“…despite repeated requests, petitioner was not being told the real cause of death of his son. Petitioner could barely gather his senses and called his advocate to Tihar Jail and only after his arrival, petitioner could come to know that his son has been murdered inside Tihar Jail and that too with knives when in fact jail authorities claim to have a foolproof security system at place,”

The plea filed through Advocate Anwar A. Khan further states that he was kept in dark for a considerable period of time with respect to the facts of the case and the circumstances leading to the death of his son who was an undertrial prisoner in Tihar Jail.

It further claimed that after the death of his son, the whole future of the petitioner and his wife and other family members has been shattered.

The matters to be dealt with include those pending before the High Court and pertaining to the ADR mechanism and settlement process among the parties.
Read more
India Legal
Did you find apk for android? You can find new Free Android Games and apps.

According to the petitioner, CBI had filed criminal cases against him and his wife under the Prevention of Corruption Act, 1988 and they had been tried before the Court of Special CBI Judge, Siliguri, Darjeeling, West Bengal.
Read more